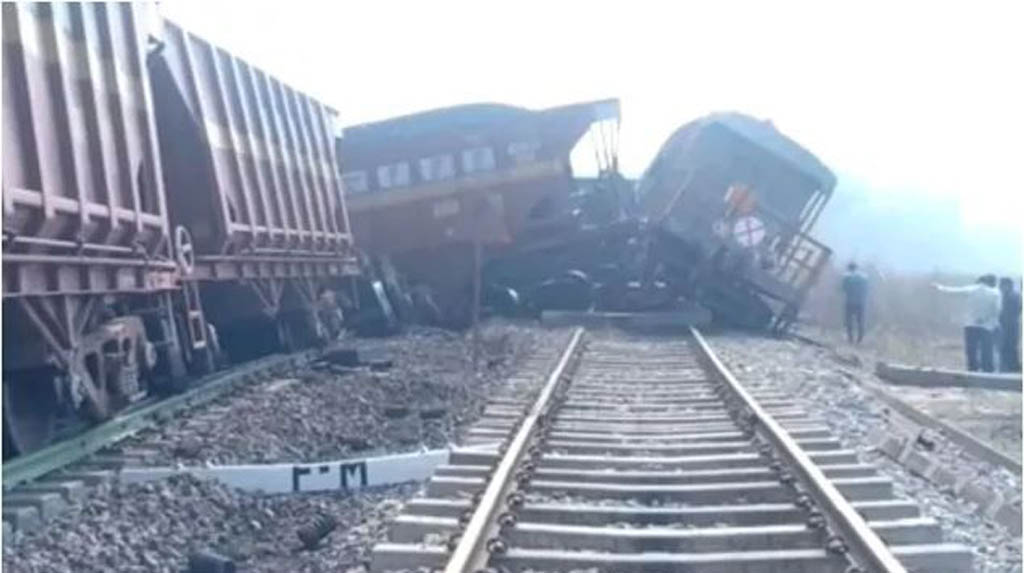 The railway officials and police have reached the spot and a rescue operation was underway.

The freight trains of the NTPC plant are reported to have collided head on due to which the coaches of both the trains were badly damaged.

According to information received from the police control room, the two trains collided head on in the Baidhan police station area. One of the freight train was loaded with coal, while the other coming from the other side was empty.

The staff of both the trains are feared to be trapped as relief and rescue work was in progress.

Sources say that there is a single rail line to carry coal to the NTPC plant. And, only one train can ply at a time. However, on Sunday, two trains were moved to the same track which caused the head on collision.