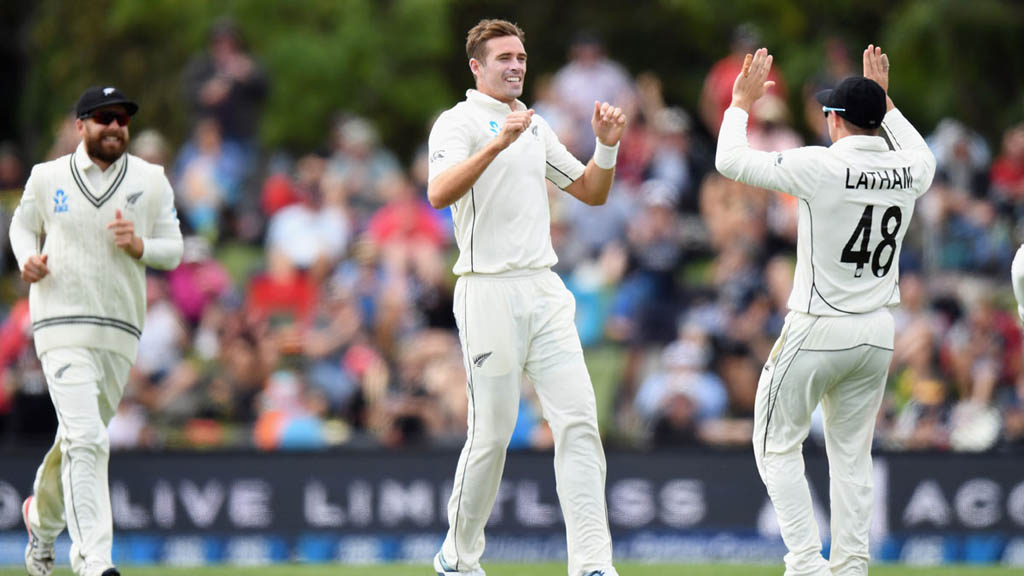 Christchurch: Cheteshwar Pujara and Hanuma Vihari held their ground and helped India not go on the backfoot after losing Virat Kohli and Ajinkya Rahane in the post-lunch session on the first day of the second and final Test against New Zealand at the Hagley Oval.

Starting at 85/2, India lost skipper Kohli and his deputy Rahane rather cheaply and looked in a spot in the second session. Kohli, who has had an awful tour so far, was trapped in front by Tim Southee after scoring mere three runs.

Rahane, on the other hand, looked in control till the time he was at the crease but was undone by a beautiful outswinger from Southee who got the Indian deputy captain caught at first slip after scoring just seven runs.

However, Pujara — who was heavily criticised for his defensive approach in the Wellington Test — made sure the Black Caps didn’t go full throttle and along with Vihari shared a 84-run partnership to bring India right back into the game.

Just when India seemed to be gaining the upper hand, Vihari — after scoring a well, compiled half century — threw away his wicket while trying to take on Neil Wagner. After collecting two boundaries in the Wagner over, Vihari went for a rather expensive pull shot, but all he could manage was a little edge which was caught by wicketkeeper BJ Watling, bringing an end to Indian batter’s inning of 55.

Earlier, opener Prithvi Shaw scored a quick-fire fifty in the morning session to help India score 85 runs for the loss of two wickets. At Tea Break, India were 194/5 with Pujara remaining unbeaten at 53.