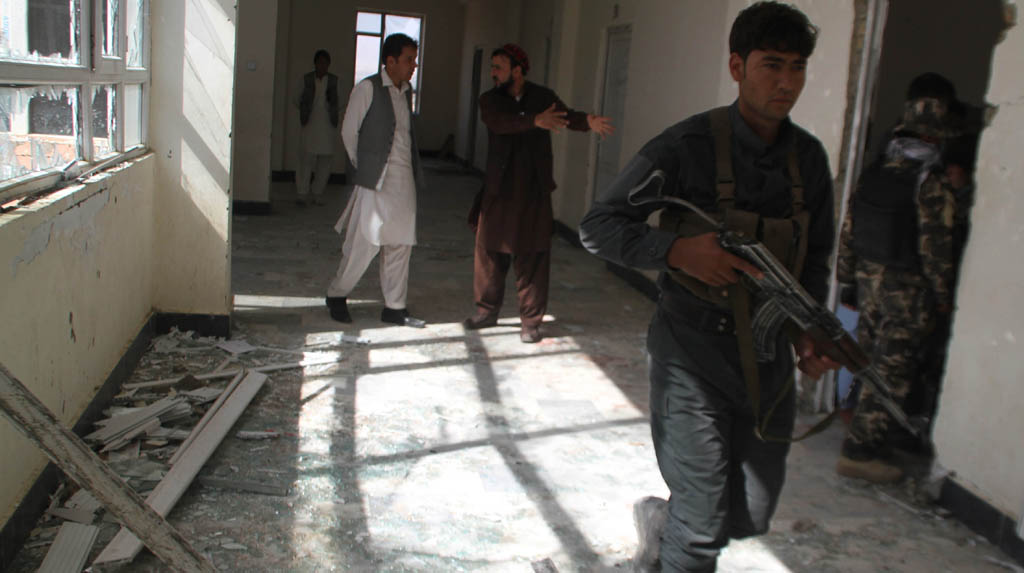 Kabul: At least 30 policemen were killed and over 20 others injured in a suicide car bomb blast that hit a military camp in Afghanistan’s Ghazni province on Sunday, top officials have confirmed.

The blast sent a column of thick smoke into the sky and triggered panic in Qala-e-Joz, an area on the outskirts of the city, the official said.

While confirming the casualties and the injured persons, Zahir Shah Nikmal, spokesman of provincial public health directorate, told Xinhua that the death toll number may change.

Spokesman of the Interior Ministry Tariq Arian told Xinhua that one suicide bomber was killed after detonating an explosive-laden vehicle roughly at 7.37 a.m. on Sunday along a road connecting Ghazni city to neighboring Dih Yak district.

No group has claimed responsibility, but local officials blamed Taliban militants for the attack.