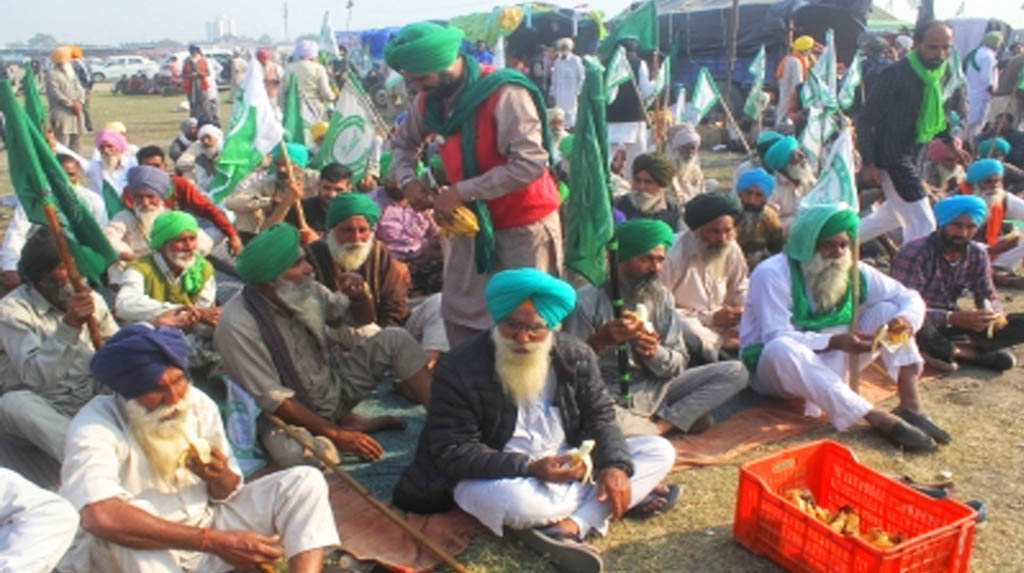 New Delhi:  Even as thousands of farmers continued to rally on the Delhi borders, their leaders agreed to hold parleys with the Centre regarding their demands here on Tuesday afternoon. A group of 36 farmer leaders was on way to the talks’ venue in the central Delhi.

Of the 36 farmer union leaders, 30 hail from Punjab and remaining six owe allegiance to Sanyukt Kishan Morcha and other farmer organisations from Haryana and other places.

The leaders and representatives of farmers’ unions decided to accept the central government’s invitation to hold talks after a three-hour-long meeting at the Singhu entry point on the Delhi-Ambala route.

The group will reach Vigyan Bhavan for the 3 pm meeting, to discuss with the central government their demands, including rollback of three farm laws enacted in September.

Farmer leader Baldev Singh Sirsa, who was among those proceeding towards Vigyan Bhavan,told IANS: “We have accepted the government’s invitation. A group of 36 farmer union leaders, including those from Sanyukt Kisan Morcha, is now heading to the venue. The decision was taken in our meeting.”

The farmer leaders held a meeting around 10 am on Tuesday to decide their response to Union Agriculture Minister Narendra Singh Tomar’s invitation for talks a day earlier. The meeting concluded at 1 pm.

Thousands of farmers from Punjab, Haryana, and Uttar Pradesh have been protesting at the Delhi borders since November 26.

Currently, these farmers are staying put at Delhi’s Singhu, Tikri and Ghazipur borders on the Delhi-Ambala, Delhi-Hisar and Delhi-Ghaziabad routes respectively, demanding repeal of three farm laws enacted in September.

Tomar, in a late Monday evening decision, had invited farmer leaders for talks on their demands on Tuesday. A meeting was earlier scheduled to be held between the two sides on December 3.