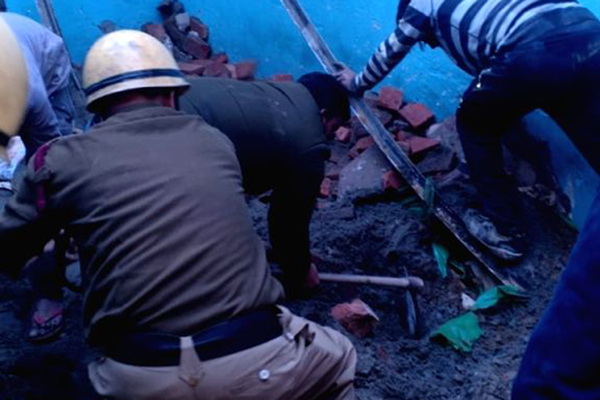 A police officer said the building came crashing down on a nearby building whose coaching centre took the impact, leading to the death of four persons — three students and a teacher.

“The rescue work is underway. Teams of NDRF, DFS and the police are making all efforts to rescue the people. Around 15 people are reportedly trapped in the debris,” DCP (North-East) Ved Prakash Surya told IANS.

The officer said that eight injured persons have been hospitalised. The condition of some of the injured is said to be critical.

“Efforts are on to rescue those trapped as quickly as possible,” he said.

The DCP said the second and third floors of the under-construction building collapsed..