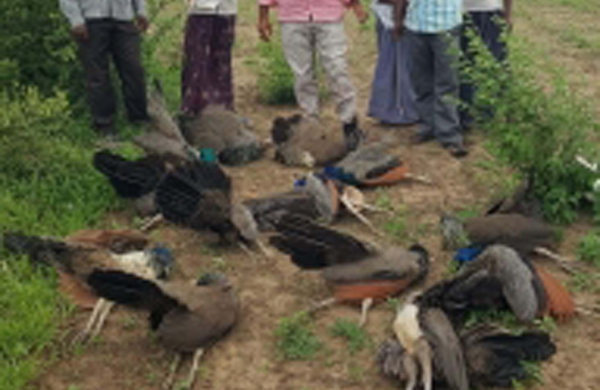 Jaipur, Nov 21 Nine peacocks were found dead on Thursday in Rajasthan’s Alwar district. Five more were found unconscious, confirmed officials, adding that the birds were being treated at a local veterinary hospital. Investigations are on in the case to find out if they had anything poisonous or if they died due to some unknown disease. Meanwhile, environmentalists said that the peacocks died because of the pesticides which was being sprayed on the fields.

Environmentalist Harshwardhan confirmed that the pesticides being sprayed in the fields were deadly for peacocks. If the use of the pesticides is not checked, more peacocks will die, he added. The deaths have come at a time when thousands of migratory birds were recently found dead in and around Sambhar Lake in Rajasthan’s Jaipur district.