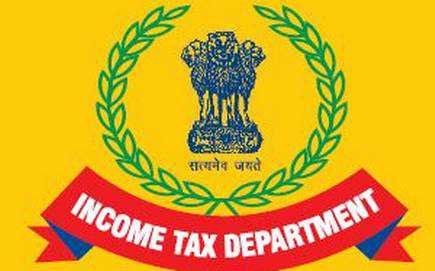 New Delhi:  The employee associations of Income Tax have said that the restructuring carried out in the Department to implement the Faceless Assessment Scheme is making 97 percent of the workforce feeling left out.

The Joint Council of Action (JCA) comprising Income Tax Employees Federation and Income Tax Gazetted Officers Association have written to the Chairman, Central Board of Direct Taxes (CBDT) seeking to highlight the disruption to the employees caused by restructuring of the department.

“However, had the department taken us into confidence before bringing the said announcements, the feeling of being left out would not have been there among the 97 per cent of the workforce of the Department whom we represent,” the JCA said.

“We are also certain that the CBDT, as has been the case in the past, would ensure that no employee is made redundant in the process, and existing vacancies would be filled up with due promotions and recruitment”.

The JCA has pointed out that the restructuring exercise if not implemented in a thoughtful manner may result in massive displacement of manpower from one station to the other.

These associations have told the Central Board of Direct Taxes (CBDT) that “Any ill-conceived diversion of posts may lead to exodus of posts and thereafter displacement of employees and their families, particularly in mofussil charges”.

Further any large scale diversion of posts and consequent transfers of promotee officers and officials among different states under the jurisdiction of one Principal Chief Commissioner of Income Tax charge, may result in complex problems including children’s education, unmanageable operational difficulties in the residual charges, the employees pointed out.

They have pointed out that the circular for restructuring was received on August 14 and suggestions have been asked for by August 17 when there was a national holiday and Sunday in the intervening period.

Moreover, the suggestions have not been discussed either with the local or central JCA, who are the major stakeholders.

They have asked the CBDT Chairman to direct all Principal Chief Commissioners to take into confidence the local JCA before they take any decision on the diversion of posts to the newly created NeAC and ReAC charges in their respective regions.

They have also sought an urgent meeting between the CBDT and JCA to discuss “these revolutionary changes” and hoped that they can be resolved “so that any extreme step won’t be required to be taken”.