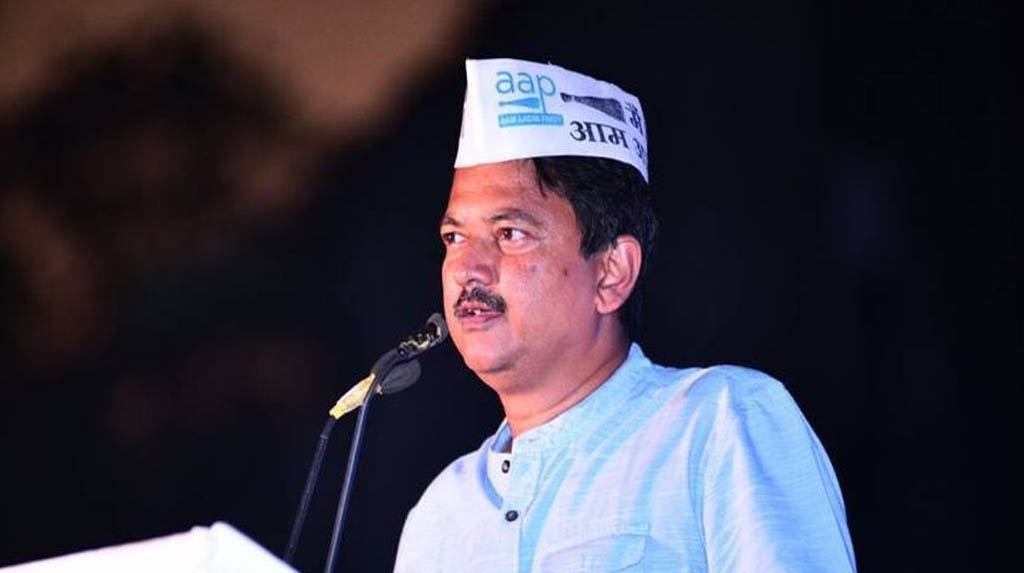 Panaji:  A slew of resignations by Aam Aadmi Party’s Goa top brass, amid charges that the party has slipped on its core principles, has brought Arvind Kejriwal-led party to yet another political crossroads in the coastal state.

Unable to make a significant dent in the Assembly polls in 2017, despite a high- profile election campaign, the resignations of the party’s Goa Convener Elvis Gomes, General Secretary Pradeep Padgaonkar and South Goa District Convener Rodney Almeida in a short period of time has also raised fingers at increased influence of ‘high command culture’ in the party’s functioning.

Gomes, a former bureaucrat and AAP’s chief ministerial candidate for the 2017 polls, resigned on September 18, stating that he would continue working at the grass roots for the party.

Padgaonkar, a former journalist, resigned from the party’s primary membership on October 17. In his resignation letter, Padgaonkar said his belief that “means are as important as the end was getting shaken”.

“In recent times, I was beginning to get doubtful about my ability to show adherence to the 3Cs (referring to the party’s tenets of being against corruption, criminality, crony capitalism) enshrined in the party’s constitution, due to the changing scenarios all around,” said Padgaonkar in his resignation letter.

The now former AAP official had already resigned from the General Secretary’s post a few weeks earlier, after he tested positive for Covid-19.

On Sunday, Almeida resigned from AAP’s primary membership, saying the party’s root principle of ‘Swaraj’ philosophy propounded by Kejriwal appears to have changed.

“But with time, everything seems to have changed, including how Swaraj is defined. The recent coup d’etat stage-managed by AAP Delhi leadership leads me to believe that the AAP ideology of Swaraj etc is nothing but hollow words for the consumption of gullible voters,” Almeida said.

In politically savvy Goa, AAP had been battling the perception of being a party backed by a vision of its founders in Delhi, ever since the outfit’s inception in the coastal state.

After the appointment of AAP leader Atishi as the incharge of the Goa desk, and arrival of AAP leaders from the national capital, who have camped in Goa for the last several weeks, to choreograph the party’s political routine appears to have triggered the disruption in its hierarchy.

“We do not make the decisions here anymore. Even press conferences are conducted on the basis of notes dictated by the central leaders,” a disenchanted AAP leader said, requesting anonymity.

The party’s recent outreach to former ministers in the current as well as past BJP-led coalition governments has also caused consternation within a section of the party.

The party, which had managed to make minor dents in the state’s Catholic vote bank (nearly 26 per cent of the population) in the 2017 polls, had managed to cut into the Congress vote bank in some constituencies.

Over the last few weeks, the AAP has also carried out a high visibility publicity campaign in the state, amid the seething differences between the top state leadership, as well as the slew of resignations.

“We need to win elections if we are a political party. The leadership, which was in charge, was unable to build the party to a satisfactory level. We want to introduce new blood in the party ahead of the 2022 Goa polls. We are contesting to win this time,” a party source said.

AAP spokesperson Surel Tilve however said that the party continues to stick to its three ‘C’ principles. We have not compromised on them at all,” Tilve said.

Reacting to questions related to the resignation of the top party cadres, Tilve said that the decisions were personal and done with the intent of passing the baton on to new members of the AAP. “It was their personal decision,” Tilve said on Monday.