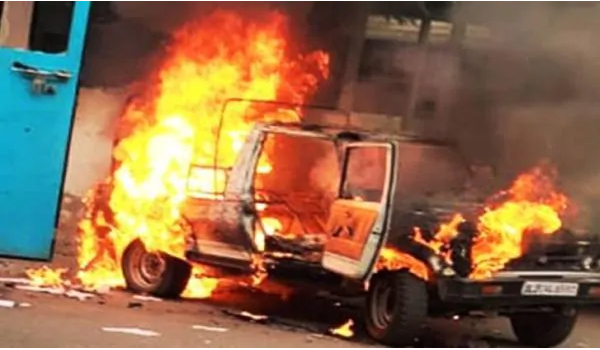 New Delhi, Nov 2 (UNI) A clash broke out between the lawyers and Delhi police personnel at Tis Hazari Court on Saturday with a few cars being set ablaze. Smoke could be seen rising from the sky .

According to sources, one lawyer was injured during the scuffle between the lawyers and the police.. He was admitted to St Stephens hospital. Sources claimed that the lawyers were angry over parking issues in the complex. They have locked themselves inside the court premises, preventing police and mediapersons from entering.

Keeping in view the tense situation , police have locked several gates leading into the court complex to prevent protesters from entering.