AIMPLB should not obstruct construction of temple :Giri 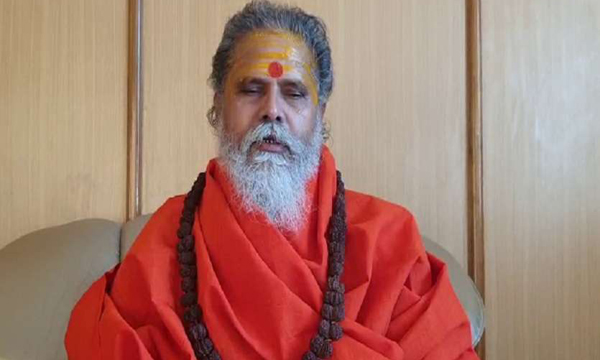 Prayagraj, Nov 19 (UNI) Akhil Bharatiya Akhara Parishad president Mahant Narendra Giri on Tuesday slammed the All India Muslim Personal Law Board (AIMPLB) for its decision challenge the Supreme Court’s recent verdict on the Ayodhya title suit.
Advising the law board against obstructing the sacred work of temple construction, the seer said it would not be in the nation’s interest to file a review petition against the Apex court’s decision. Since the verdict has been accepted by majority of the Muslims, the AIMPLB should not pose any hindrance.

Mr Giri said after the historic verdict, there is peace in the country and only those who lack faith in the judiciary and the Constitution are talking about challenging it. Welcoming Babri litigant Iqbal Ansari and Sunni Waqf Board Chairman Zufar Farooqi’s decision of not challenging the verdict, he said by doing so they have respected the same.