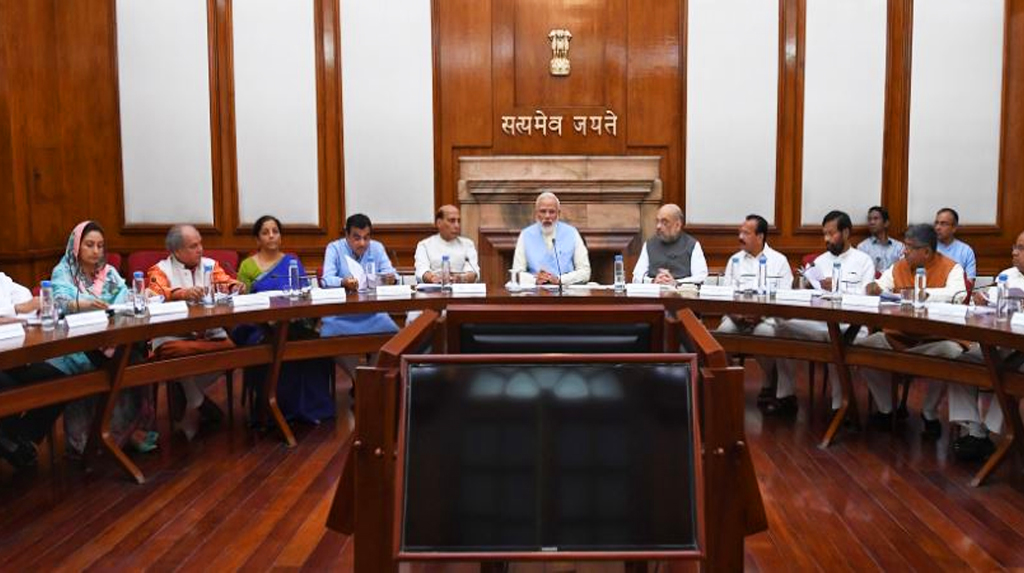 New Delhi :Just eight months into the second term, it is not good news for the Modi government on the economic and inflation front, with the IANS-CVoter Budget Tracker findings showing that people are unhappy, income are going down and household expenditure is going up.

On the eve of the Economic Survey and Union Budget, Prime Minister Narendra Modi and Finance Minister Nirmala Sitharaman have much to worry about going into the flagship economic event of the year 2020.

The key takeaways of the IANS- CVoter Budget Tracker are that life has gotten worse over last year on all parameters and over 2015 after the Modi government took over. All the economic parameters are in bad shape and respondents to the tracker are in a despondent mood.

The findings come at a time when the GDP is at decadal lows, investment is floundering, investigative agencies are unearthing new scams and business confidence is law which in turn is hurting consumers, households which are struggling to make ends meet. To make matters worse, the despondency in the country on economic issues is touching the rock bottom levels of 2014 when PM Modi riding on promises and high aspirations rode to power promising jobs, prosperity and growth.

The poll sample size for the tracker is 4292 and the survey was conducted in third and fourth week of January 2020.

An enormous number of respondents at 72.1 or almost three fourths in 2020 said that inflation has been unchecked and prices have gone up after Narendra Modi became Prime Minister. The number wa much lower at 48.3 per cent in 2019 or last year and only 17.1 per cent in 2015, a year after PM Modi assumed charge.

In a stinging rebuke to the economic policies and economic performance of the Union government, almost half the respondents at 48.4 per cent said the overall quality of life for the Aam Aadmi has deteriorated compared to 32 per cent in 2019 but in an uncanny way similar to the 54.4 per cent seen in 2014.

To a question whether the quality of life will improve or get worse in the coming, 37.4 per cent said it will improve which is sharply down from 56.6 per cent in 2019. However, one fourth or 25.8 per cent say that the situation will deteriorate.

A large number of respondents aver that income remained the same but expenditures went up at 43.7 per cent, up sharply from 25.6 per cent last year.

Almost two thirds or 65.8 per cent says that expenditures have become difficult to manage compared to 44.6 per cent last year.

Almost half or 46.4 per cent of the 4000 plus respondents say that the performance of the central government on the economic front has been worse than expected. Things were not so bad in 2014, the nadir of drift in the economy and policy paralysis.

High inflation coupled with concerns over the general economic slowdown as well as low job creation seems to have dented the Central government’s image as prudent economic manager, a survey report showed.adir of economic drift and policy paralysis.

Ahead of the Union Budget a new survey shows a growing unease among the general public due to rising prices of everyday use items under the leadership of Prime Minister Narendra Modi.

Nearly three-fourths of the respondents in the IANS-CVOTER survey this year said that inflation has gone up and nearly 40 per cent said that high inflation has had an adverse impact on their quality of their life.

The pre-budget survey comes as crude reality and a reflection of current economic indicators on the ground, as wages have stagnated while prices of essentials including food items have surged in the past few months. Not to forget, unemployment rate released last year shows that it at a 45-year high level.

Interestingly, the sentiment was at the same level as in 2014, the UPA era. About 65.9 per cent people then had said that they were unable to manage their expenses.