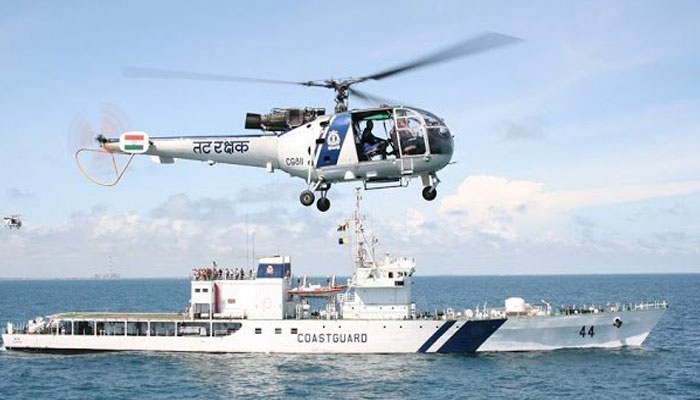 Thanks to a swift and timely action by the Coast Guard Authorities who successfully rescued 46 people, including 30 crew and 16 Indian Scientists, from a Research Ship which caught fire off, about 30 nautical mile of Mangaluru coast yesterday night.
Official sources said on Saturday that Ship ‘Sagara Sampada’ a research vessel of the Shipping Corporation of India (SCI) caught fire while on sail and sent distress call
at about 2200 hours in the sea. Noticing the fire the Indian Coast Guard authorities acted swiftly and sent alert messages to the nearby vessels to offer help and rushed
rescue team.
The team, which entered the ship manged to extinguish the fire and rescued 46 inmates, including 30 crew members and 16 Scientists.
The fire broke out in the cabin and about eight of them were damaged in the fire mishap.
All the distressed persons were rescued safe and the affected vessel is returning to Mangaluru Port, the sources added.
The ship, was reportedly heading towards Mangaluru Port for shore assistance.(UNI)