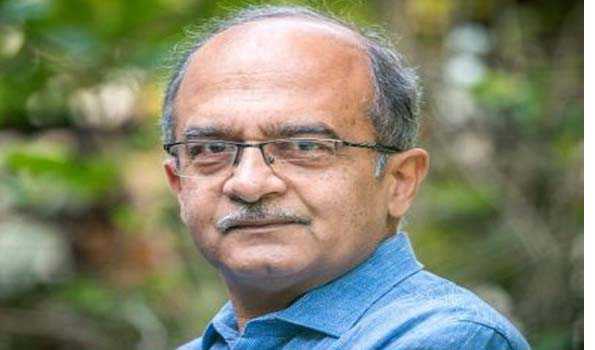 Stating that every sign of Hitler’s Nazism is being witnessed in the country, social activist and the member of India Against Corruption movement, Prashant Bhushan, lambasted that the BJP government at the Center for indulging in destroying all the constitutional institutions, including the Election Commission of India.

Addressing newsmen in Bengaluru on Saturday, he said, “While the democracy was at stake during Emergency days, now civilization itself is at risk under Modi’s government”.

Strongly criticising the Election Commission’s stand on VVPAT issue, he said it was wrong on the part of the Election commission to state before the Supreme Court that 50 per cent VVPAT verification will delay Lok Sabha election results by six days.

Recalling that during paper-ballot it would take only one to two days to count entire votes polled in any constituency, he said that “To verify 50 per cent verification may take less time”.

Maintaining that the NDA government headed by Narendra Modi, had demolished every Institution, including RBI, CAG, CVC and the CBI, he said that “The independence of the Election Commission was also dented in this present government”.

“The questions are being asked about the credibility of the Election Commission, which is not been heard in the last three decades” he added.

Criticising that the prime minister Narendra Modi is trying to focus on the issues relating to Pulwama blasts, Balakot Air strike and Anti-satellite missile, he said that “Prime minister is taking shelter from the failure of farmers distress and loss of employment in the last five years”.

Squarely blaming the Intelligence failure which led to Pulwama incident, the Supeme Court lawyer said that “All the security protocols were floated in moving the defence forces in Jammu and Kashmir”.

Predicting that the non-BJP parties would come to the seat of power at the Center in the next General elections, he said that “The BJP will end up with below 150 seats in the post poll scenario”. (UNI)