Amid protest, Union Minister Rijiju bats for police, says “being a cop is a thankless job” 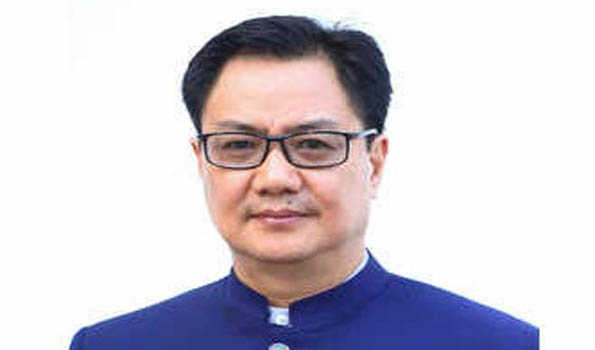 New Delhi, Nov 5 (UNI) Amid a major row vis-a-vis police protest over the issue of conflict between cops and lawyers, BJP leader and Union Minister for Sports Kiren Rijiju on Tuesday backed the men in uniform saying “being a cop is a thankless job”.

“Let’s not take law into our hands but let law take it’s own course,”  Rijiju tweeted.

He also wrote: “Being a cop is a thankless job. But they don’t do it for thanks”.

Rijiju, who was Minister of State for Home in the previous Modi government between 2014 and 2019, said: “Police officers put their lives on the line every day. They are damned if they do, and damned even if they don’t”.

“What gets lost in all the anti-police rhetoric is the family left at home while a policeman serves,” he tweeted.

A large number of police personnel including women and ‘their family members’ staged noisy protest outside Police Head Quarters (PHQ), against the clash that broke out between police and lawyers at Tis Hazari Court November 2 and also for actions taken only against police officers.

Delhi police commissioner Amulya Patnaik addressed the gathering and maintained that their grievances were ‘genuine’ and that things can be discussed.