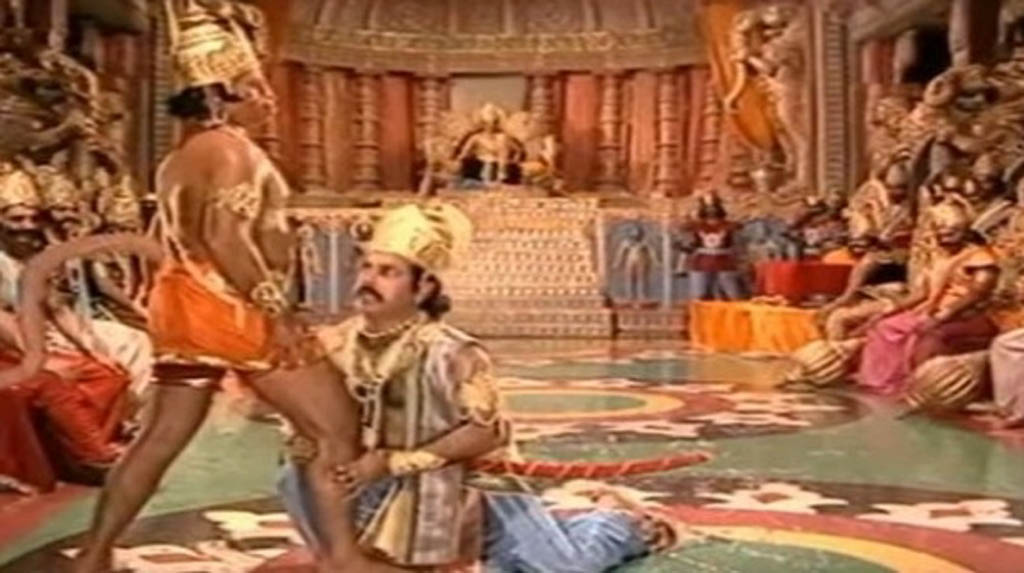 Sehwag, who was known for his great hand-eye coordination with minimal footwork, on Sunday shared a picture of ‘Angad’ on Twitter and said: “So here is where I took my batting inspiration from. Pair hilana mushkil hi nahi, namumkin hai. #Angad Ji Rocks.”

According to mythology, it is believed that Angad — who was part of vanar sena which helped Lord Ram in rescuing his wife Sita from Lanka — was sent as an emissary to the court of Ravan in order to avoid war.

However, Ravan declined the offer and then to break his ego, Angad challenged that if anyone present in the court would be able to lift his feet from the ground then Lord Ram would accept defeat and leave Lanka.

But it is believed that none of the warriors present in Ravan’s court was able to lift Angad’s feet.

Sehwag, who played 251 ODIs and 104 Tests for India, scored 8,273 and 8,586 runs respectively. In fact, he is the only Indian cricketer to hit two triple centuries in Test cricket.

The swashbuckling opener also played 19 T20Is for India in which he amassed a total of 394 runs.