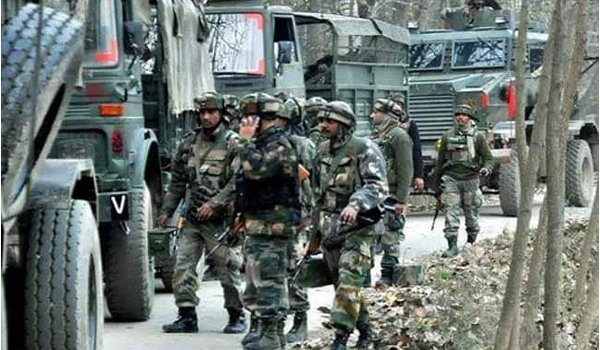 Assam Rifles personnel has repulsed the attack of the National Socialist Council of Nagaland -Khaplang (Yung Aung faction) attacked a camp of the Assam Rifles between Old and new village of Chenloisho village under Mon district of Nagaland on Sunday around 2.15 AM.

According to a Defence statement issued by PRO (Defence) Lt. Col. Sumit Sharma informed that “in a major attempt to derail the ongoing Naga Peace Process that is in final stages, some insurgents of NSCN-K (YA) carried out a standoff attack on a Company Operating Base in Chen area of Mon District Nagaland near Indo-Myanmar Border on the night of yesterday.
The alert troops of Assam Rifles retaliated immediately to thwart the attack. The insurgents ran away after coming under immediate and accurate fire from the Assam Rifles post. Extensive search and domination operations have been launched in the area.”
“The action of NSCN-K (YA) is the fallout of their desperation due to wanting influence of violence in the State and apprehension of top leaders like SS Maj Gen Yanghang@Mopa and SS Kilonser (minister) Imti Ao, thereby severely degrading the extortion and forced recruitment by the faction,” it said.

Official sources said that the shootout took place along the Indo-Myanmar international border when a base of the 40 Assam Rifles came under attack around 2:10 AM. It lasted less than 5 minutes.
The sources said that the attackers, suspected to be cadres of the Yung Aung-led NSCN (K), targeted a Company Operating Base at Chenloisho village, in Chen Circle with small arms fire and cathode grenades from a hillside situated around 400 meters from the base.
The Assam Rifles troops retaliated and during the 4 minutes or so the exchange of fire, mortars and rocket launchers were also used.

Other civil sources said that two civilians and one of the Assam Rifles personnel sustained minor injuries when suspected NSCN-K (YA faction) attacked a camp of the Assam Rifles between Old and new village of Chenloisho village under Mon district. Suspected NSCN armed cadres attacked the D-Coy of 40 Assam Rifles camp.
The Assam Rifles troops opened retaliatory fire and the gunfight lasted for about 30 minutes. During the clash, an explosion tore through the roof of a house nearby, injuring the husband and wife who were inside at that time. Soon after the incident, both police and district administration officials, village guards and elders rushed to the spot to take stock of the situation.