At least 50 pc VVPATs should be checked with paper trail: Cong 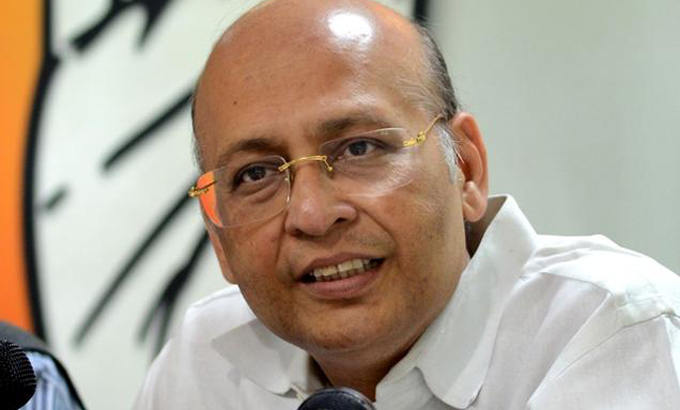 Terming the claims by the Indian Journalists’ Association (Europe), at an event held in London, that the 2014 Lok Sabha polls as well as the 2018 five-state polls were rigged, as a validation of its doubts on the working of the EVMs, the Congress on Monday demanded that at least 50 per cent of the VVPATs should be verified with the paper trails.

Talking to reporters here, AICC spokesperson Abhishek Manu Singhvi said,”the event at London only validates the concerns of the Congress on the working of the EVMs. It adds wight to the argument of the Congress that the EC should switch to paper ballots.

But we recognize that in such a short time, with just a few months to go for the elections, we cannot switch to paper ballots. That is why we have been arguing for safeguards in use of the EVMs like the use of VVPATs. For several years, the Election commission has been saying that we do not have the money. However, following a plea to the EC, the commission has said that VVPATs will be used in 100 per cent constituencies in the Lok Sabha elections. However, after making use of VVPATs, if you verify the paper trails in case of just one or two per cent of cases what is the point of indulging in the exercise. We have demanded that in 50 per cent of the cases the EVM vote be verified with the paper trails.’’ (UNI)