Bankers to protest in Delhi against merger, privatisation of banks 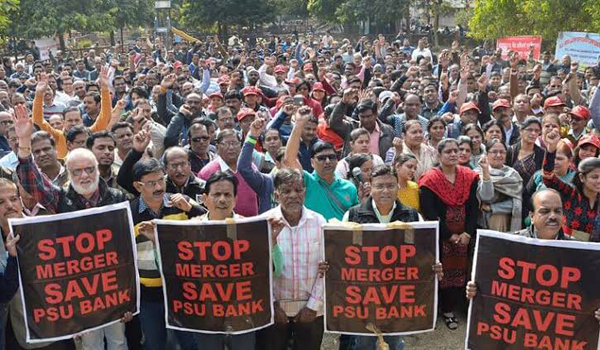 Aurangabad, (Maharashtra) Nov 29 Bankers will hold a massive protest at Jantar Mantar, New Delhi, on December 10 against the merger and privatisation of public sector banks in the country.

The government is planning to privatise the banking sector by merging banks and it will indirectly benefit the big loan defaulters and industrialists, he said. He further said even today, more than two lakh villages are not in a position to get services due to the unavailability of bank branches. Instead of opening more branches, the government is going ahead to merge the banks.

Recently, the minister of state for finance Anurag Thakur had stated that banks waived loans of Rs 6.27 lakh crore in the five years.