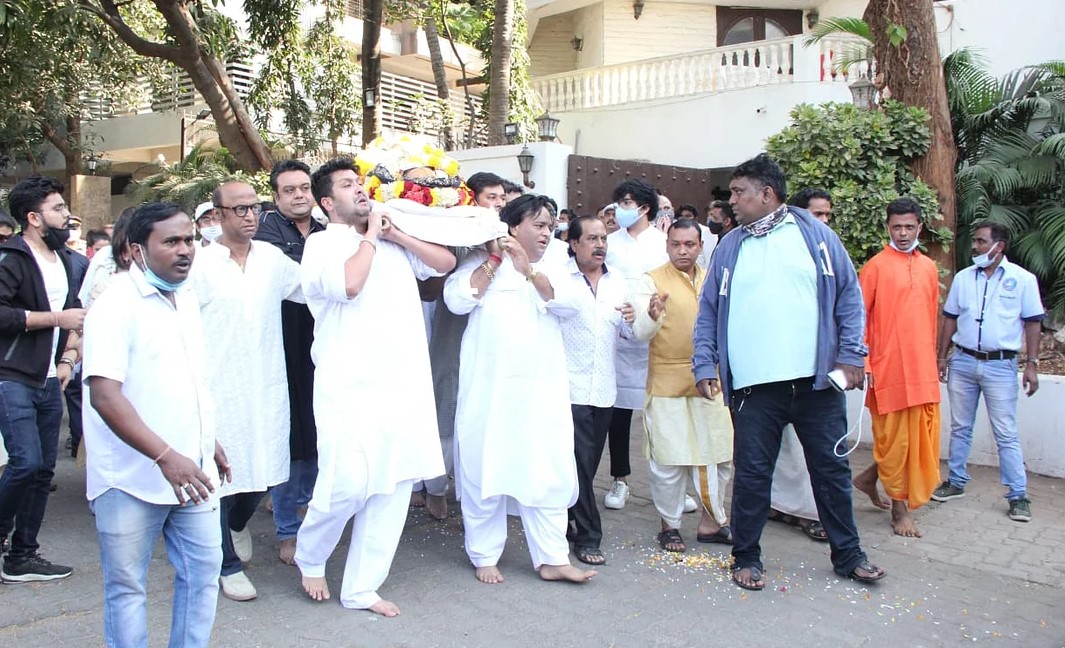 New Delhi: The whole nation is mourning the demise of veteran singer, composer Bappi Lahiri, who left for his heavenly abode on Tuesday night. Bappi Lahiri, who passed away due to OSA (obstructive sleep apnea), was a name best known for popularising disco music to the Indian mainstream. He was 69 when he breathed his last.

He tied the knot with Chitrani Lahiri on January 24, 1977. The couple gave birth to two children, Bappa Lahiri and Rema Lahiri.

His wife Chitrani comes from a family of singers, his daughter Rema is also an excellent singer, and his son Bappa Lahiri has inherited his father’s keen sense of music and joined the Hindi film industry as a music director.

The Disco King’s mortal remains left his residence on Thursday morning. They were carried by his son Bappa, who returned from Los Angeles, and son-in-law Gobind Bansal. In the pictures and videos surfaced online, Bappi Da’s daughter Rema remains inconsolable.

The last rites will be held at Pawan Hans crematorium in Juhu.