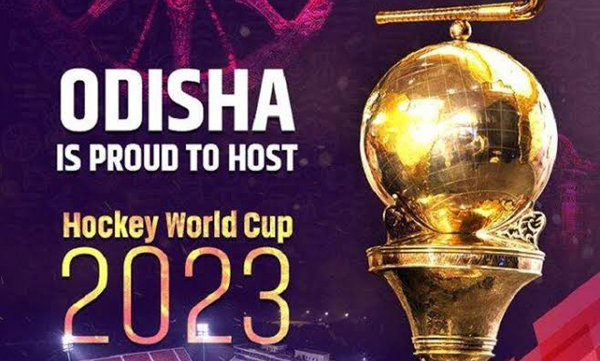 Bhubaneswar, Nov 27 Hockey India on Wednesday announced Bhubaneswar and Rourkela as the venues for the 2023 FIH Hockey Men’s World Cup. The tournament will take place from January 13-29. The 15,000 plus fans present at the stadium for Wednesday’s announcement, roared with excitement when Chief Minister Naveen Patnaik announced the World Cup would be returning to Odisha in 2023.

Expressing his delight Naveen Patnaik said, “Odisha has always been the cradle of hockey, and with the successful organising of the Odisha Hockey Men’s World Cup Bhubaneswar 2018, we showcased a very different side of our state. With the presence of world-class, top-of-the-line facilities in Bhubaneswar and Rourkela, Odisha will once again be celebrating the festival of hockey when we host the FIH Hockey Men’s World Cup in January 2023.”

FIH President Dr Narinder Dhruv Batra and Hockey India President Mohd Mushtaque Ahmad were among the officials present during the announcement. Patnaik also said that all 17 blocks of Sundargarh district would be equipped with synthetic pitches, and the event also saw the Chief Minister lay down the foundation stone for a staggering 17 synthetic pitches in Sundargarh district — which is a breeding ground for hockey in India.