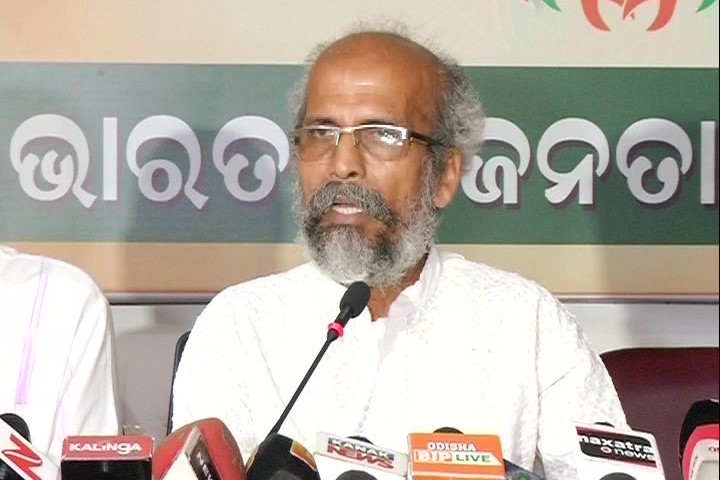 Senior Odisha BJP leader Pratap Sarangi has alleged that the ruling BJD had fielded candidates involved in chit fund scam and demanded a white paper on the multi-crore scam.

Addressing newsmen here on Wednesday Sarangi said the state government had created a corpus fund in 2014 to refund the money of the small depositors cheated by the chit fund companies.

Mr Sarangi said while around 20 lakh people were cheated by the chit fund companies 13 lakh people have submitted an affidavit with the Commission and only 1704 of them got back their deposits five years after the corpus fund was created.

The BJP leader demanded the state government make public the distribution of corpus fund and publish a white paper on the multi-crore chit fund scam in the state.

The government, he said should also make public the distribution of corpus fund.

The white paper, the BJP leader said should give detail information about the number of people who have received back their deposits and the amount of money distributed from the Corpus fund.

Mr Sarangi alleged that BJD Supremo Naveen Patnaik has given party tickets to all those who were involved in Chit fund scam to contest the ensuing election.

This proved that Naveen Babu was with the chit fund looters and shielding his party MLAs who were involved in the chit fund scam.

Sarangi named two MPS and four MLAs who were directly involved in the chit fund scam and contesting the election this time on BJD ticket.

The BJD supremo, he further said had given party tickets to a son of two sitting MLAs who was arrested by the CBI in connection with their alleged link with the chit fund companies. (UNI)