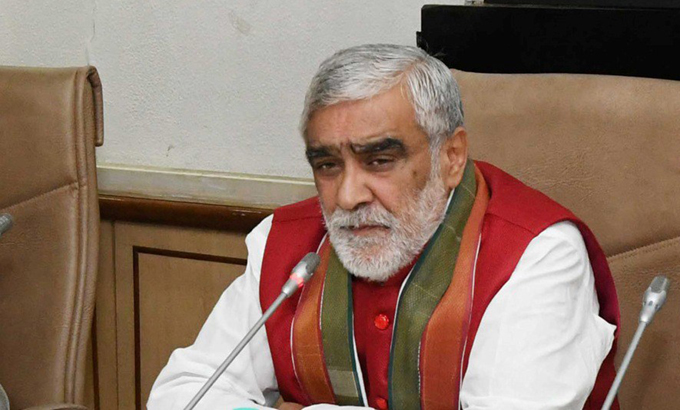 Days after the government moved a petition in the Supreme Court seeking return of undisputed land at Ram janmbhoomi site to Ram janmbhoomi Nyas, Minister of State for Health Ashwini Choubey on Thursday said that the grand Ram Temple will be soon built in Ayodhya of Uttar Pradesh.

Talking to reporters in Parliament premises, Mr Choubey said, “I have full faith that the grand temple of Lord Ram would be constructed very soon. As you are aware, the government has requested the Supreme Court to grant those lands which are undisputed. We also appeal to the apex court that the disputed land must be resolved as soon as possible, so that the sentiments of crores of people could be respected.”

However, the apex court has deferred the January 29 hearing in SC in the Ayodhya case . The new date has not yet been announced.

BJP’s ally LJP was of the view that the court’s judgment should be accepted by all.

Minister of Food and public distribution Ram Vilas Paswan told reporters here, “Our party’s stand is that whatsoever the court’s judgment, it should be acceptable to all.”

On the first day of winter session in Parliament, President Ramnath Kovind addressed the joint sitting of LOk Sabha and Rajya Sabha .

“The President’s address indicates that we have worked on ground in the last 4.5 years. We have given priority to the development and taken forward the concept of “sabka sath – sabka vikas”. It was a historic address,” Mr Choubey said.(UNI)