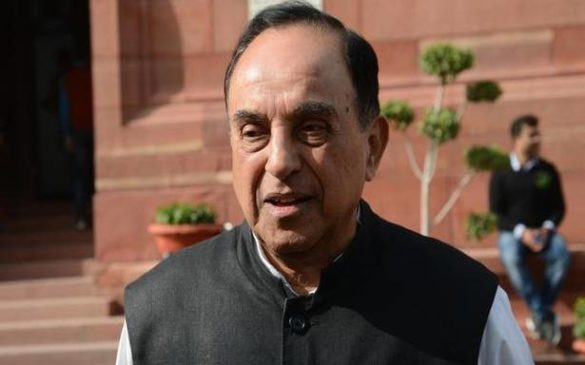 BJP MP Dr Subramanian Swamy on Monday opposed the visit of European delegation to Kashmir and said allowing the tour would be “a perversion of our national policy”. “I am surprised that the Ministry of External Affairs (MEA) has arranged for European Union MPs …..to visit Kashmir area of J&K. This is a perversion of our national policy,” he tweeted. Dr Swamy also said: “I urge the Government to cancel this visit because it is immoral”.

However, the visit of the delegation of Members of European Parliament to visit Jammu and Kashmir on Tuesday has approval of Prime Minister Narendra Modi. Interacting with the delegation, without naming Pakistan, the Prime Minister made a veiled attack on the western neighbour and called for actions against all those who use “terrorism as a state policy”. “There should be zero tolerance for terrorism,” he said.

According to a release from Prime Minister’s Office (PMO), Mr Modi while welcoming the delegation to India, expressed the hope that they have a “fruitful visit to various parts of the country, including to Jammu and Kashmir”. (UNI)