BJP well ahead in poll preparation in UP 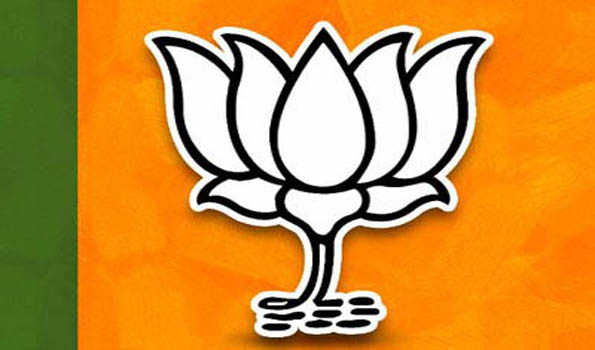 When all the political parties in Uttar Pradesh are struggling to keep their house in order and finalising poll strategy, the Bharatiya Janata Party is working at the ground level and is strengthening booths to ensure that majority of its supporters can cast votes.

‘We are working in the village for last one year but the work has been intensified in last six months. The leaders and workers are meeting people at the village level through various party programmes connecting them with party’s schemes and ideology,’ BJP state general secretary Vijay Bahadur Pathak said here on Saturday.

Earlier, Samajwadi Party patriarch Mulayam Singh Yadav told the party workers in a meeting that BJP was way ahead in preparations while the Samajwadi Party is yet to shortlist candidates and strengthen booths.

A senior leader said that work is so meticulous that ‘panna incharge’ (in-charge of particular pages of voter’s list) have been appointed and they have been asked to meet every household of that panna (page).

At the party level a series of programmes like ‘Aapke man ki baat’, Chaupal pe charcha, Bike rally and Vijay yatra, kept its workers engaged. All the senior leaders, ministers and law makers took part in these programmes.

The party started ‘Mera Ghar BJP ka Parivar’ campaign under which families were asked to raise party flag at their house to solidarity with the BJP.

‘This programme is aimed at involving families with the BJP. Only die hard activist will fly the BJP flag atop his house, but it has inductive effect with neighbours as they look at this flag at regular basis. This helps the party to remain at the focus of all discussions,’   Pathak,said.

In series of review meetings party advocated strengthening of booths. ‘The theme ‘Booth jeeta, chunav jeeta’ is drilled in the mind of the workers. The working of the booth committees are being monitored. The booth committee presidents have been authorised to interact directly with state or central leaders overriding party hierarchies.

‘The booth committees would be additionally strengthened in rural areas where BJP feels its network needs to be re-worked and brought at par with its urban centers,’ leader said.

Uttar Pradesh has been divided into six zones. Leaders of these zones have been asked to report on the functioning of booth committees and address complaints on the topmost priority basis. (UNI)