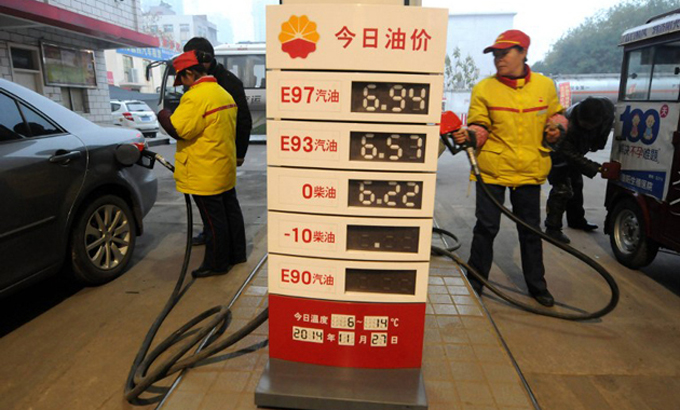 China unveiled a raft of measures on Tuesday to secure stable domestic consumption growth in 2019.

The policy plan, jointly released by 10 ministry-level authorities including the National Development and Reform Commission, will inject new impetus into automobile sales, urban and rural consumption upgrades, spending on new products and services, and improvement in the consumption environment.

“The slowdown in auto sales was the main contributor to weaker consumption growth last year,” said Liu Yunan, an official with the National Development and Reform Commission. “Auto consumption, with its heft, is highlighted in our targeted measures.”

The drop accounted for 66.7 percent of the total retail sales decline in 2018, Liu told a news conference Tuesday, adding that the country’s car market still had much untapped potential.

China will promote auto replacement, especially in rural areas, accelerate development of the second-hand car market, and adjust subsidies to galvanize sales of new energy vehicles (NEVs), according to the plan.

As for boosting urban consumption, authorities will promote the renewal of old departments, development of the real estate rent market as well as child and elderly care services.

Policies will also increase the supply of high-quality products and services, such as 5G communication and 4K ultra high-definition video, and improve infrastructure such as parking lots and charging stations for NEVs.

Within five years of its commercial deployment in China, 5G will drive an economic output of 10 trillion yuan (about 1.5 trillion U.S. dollars) and create 3 million new jobs, according to some estimates, said Dong Dajian, an official with the Ministry of Industry and Information Technology.

Consumption has played an increasing role in China’s economy, contributing 76.2 percent of GDP growth in 2018, up significantly by 18.6 percentage points from a year ago, data from the National Bureau of Statistics showed.

With one of the world’s largest markets, China should continue releasing its potential to expand its domestic market, improve its consumption environment and boost consumer spending, according to a statement released after the annual Central Economic Work Conference.

“We expect consumption to remain the largest driver of the economy in the next decade,” said Ding Shuang, an economist of the Standard Chartered Bank, citing consumption to continue to grow faster than investment amid the ongoing trends of urbanization, aging and a rising middle-income group demanding quality goods and services.(UNI)