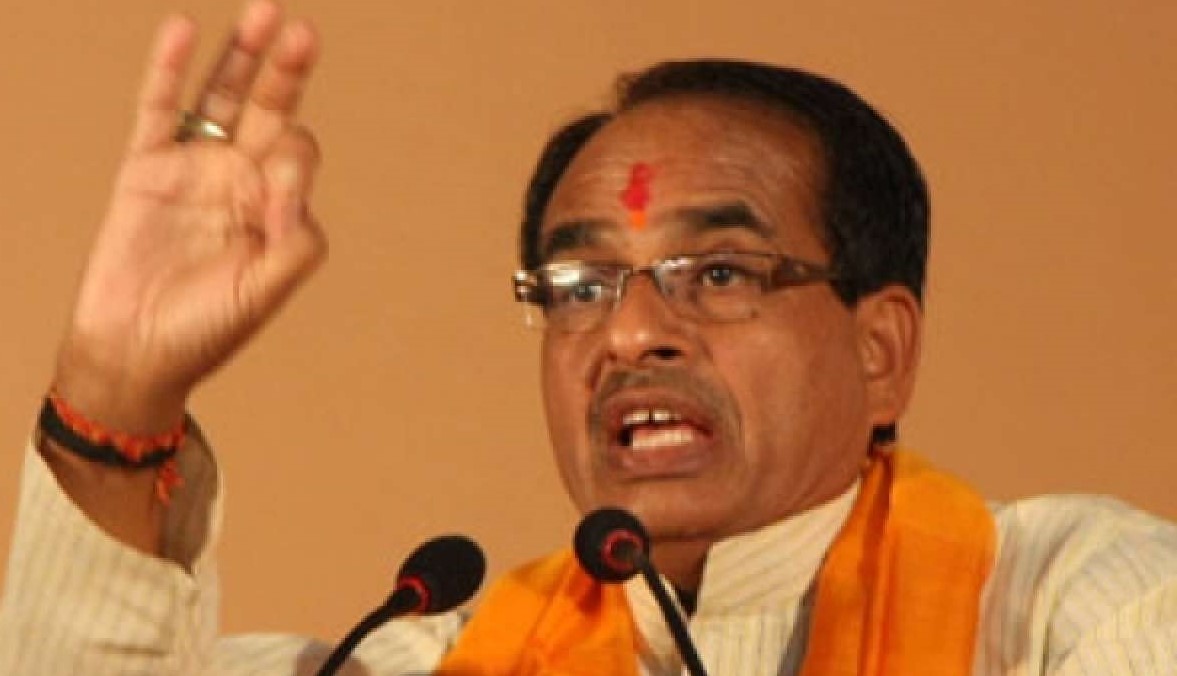 Bhopal: Shivraj Singh Chouhan was sworn in as the 32nd Chief Minister of Madhya Pradesh at 9 pm on Monday. Governor Lalji Tandon administered the oath of office and secrecy to him at an austere ceremony.

Chouhan was re-elected the BJP Legislature Party chief in a meeting at the party’s state headquarters on Monday. This facilitated his reappointment as chief minister for a record fourth time. Besides Arjun Singh and Shyama Charan Shukla who have held the post thrice each Chouhan is the third leader to do so. He has also been the longest serving chief minister of the state so far. Chouhan who was first elected MLA in 1990 went on to be the member of Lok Sabha in 1996 and returned to the state in 2005.

Gopal Bhargava, who was the leader of the legislature party till a couple of hours ago has made way for Chouhan. Bhargava said the observers for the legislature party meeting Vinay Sahasrabuddhe and Arun Singh have through video conferencing conducted the election of the leader. Shivraj Singh Chouhan who has been the national vice-president of party and MLA has been unanimously asked to lead the state again, said Bhargava.

He was first made the chief minister in 2005 after short spells of Uma Bharti and Babulal Gaur.

In his acceptance speech Chouhan said he will take every party member along. He said he would start working at the state secretariat right from Monday night. Chouhan took oath of the office alone. The Cabinet will be formed later.

Chouhan said the first priority as of now is the united fight against Covid-19. The lockdown caused by Covid 19 in many cities had forced the party to delay the meeting. In a change of plans the election of the legislature party leader and the swearing in of the chief minister the Raj Bhawan was readied for swearing in at short notice.

The BJP has its task cut out with the Rajya Sabha, civic elections and 25 assembly by-elections lined up through the next few months. Chouhan makes the cut also as the sole leader with a pan-Madhya Pradesh foot-print, so essential when the byelections would test the party. The BJP will have to field and ensure the victory of the 22 Congress rebels. Chouhan was the face of the BJP in the 2018 Assembly elections and he was just short of a majority.

There was a conflict at a legislature party meeting last week when supporters of Chouhan and Mishra raised slogans against each other. However, with Bhargava and VD Sharma, the new state president of the party coming from upper caste, an OBC was expected to be an ideal option.