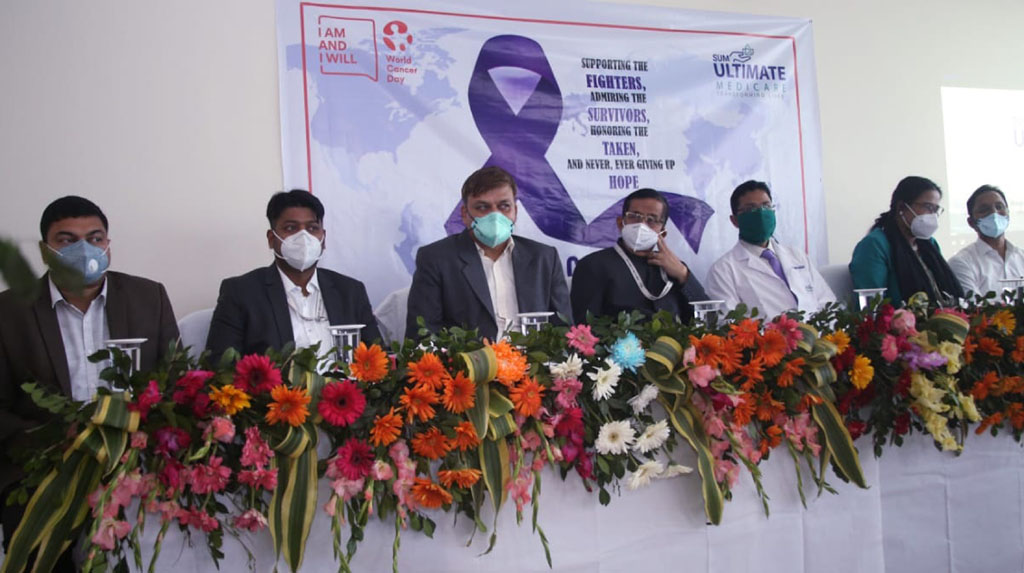 Bhubaneswar: World Cancer Day was observed at the SUM Ultimate Medicare on Thursday with oncologists stressing the need for increased awareness to combat the disease. Around one million new cancer cases were being detected in the country while 2.5 to 3 million people afflicted with the disease were under various stages of treatment, Brig. (Dr.) Biraj Mohan Mishra, Chief of Medical Services at the hospital, said. As the number was on the rise, there was urgent need for spreading awareness to tackle the menace, he said.

Brig. (Dr.) Mishra said that SUM Ultimate Medicare was the only hospital in eastern India where all the latest equipment and facilities for cancer treatment was available. People should take advantage of these facilities, he said.