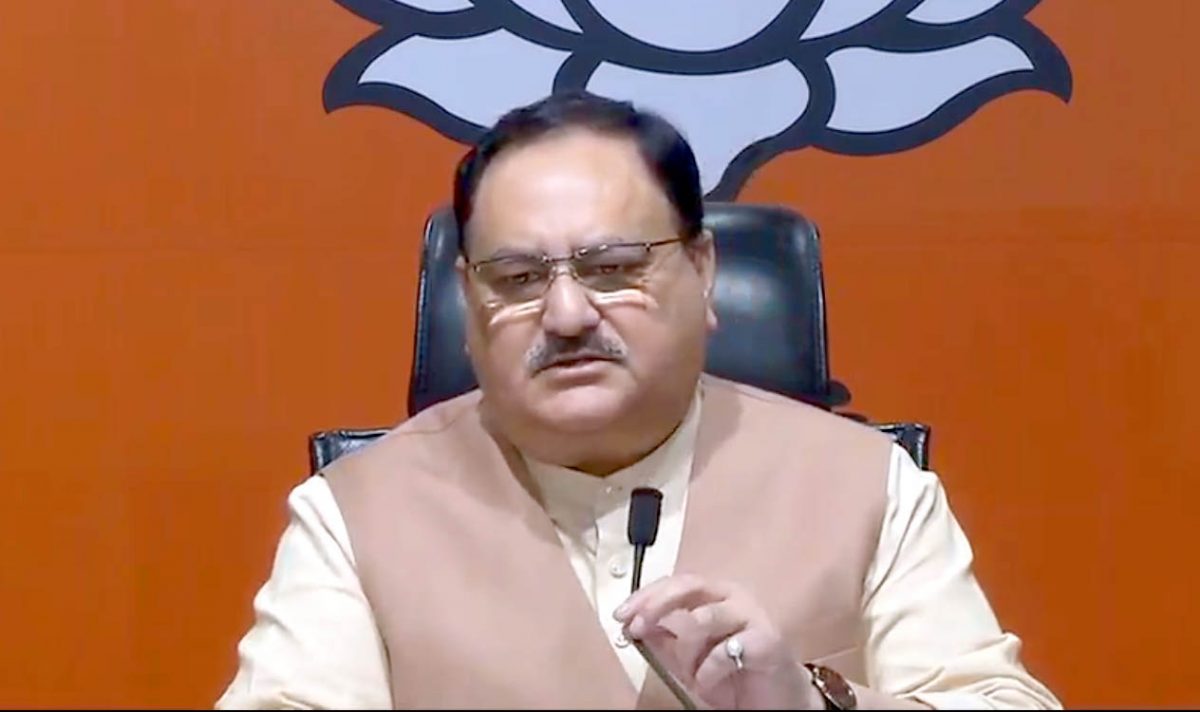 New Delhi: BJP President JP Nadda on Saturday hit out at the Congress for allegedly protecting family members without naming any individuals but taking an apparent dig at dynastic politics as well as Sonia, Rahul and Priyanka Gandhi.

“Be it the Congress party or any regional outfit, people are busy protecting brother-sister, mother-son, or the son,” said Nadda.

Though seemingly aimed at the Gandhis, Nadda’s comment assumes significance as it comes soon after the Congress has given a ticket to Shatrughan Sinha’s son Luv Sinha, which has been widely seen as Congress promoting family over cadres.

Taking another dig at his political rivals, Nadda said, “If a party office operates from a politician’s residence, then the party belongs to that person.”

He alleged that in the case of other parties, the family has become a party. However, he sought to bring a contrast by suggesting, “In our case, the party is our family”.

He also alleged that other political parties have started to “copy BJP” as far as holding virtual addresses are concerned. But he added, only a fraction of people join them in their virtual addresses in comparison to the BJP.

During his address, Nadda highlighted the National Education Policy, social justice and BJP’s efforts to ‘help’ during the lockdown period.

The upcoming Uttarakhand BJP office will have big and small conference halls, mass media interaction facilities and will be digitally compliant in view of emerging trend of virtual interactions, informed Nadda.