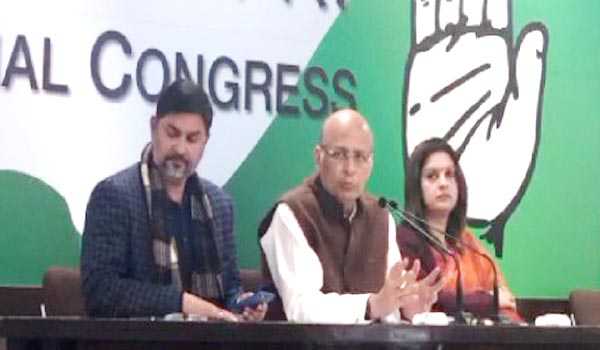 Questioning the timing of the application moved by Narendra Modi government in the Supreme Court seeking allotment of the ‘undisputed’ 67 acres land to Ram Janmabhoomi Nyas, the Congress on Tuesday asked why the Union government has suddenly woken up after 16 years.

Talking to mediapersons at AICC headquarters, party spokesperson Abhishek Singhvi said Congress has no opinion in the development and the matter is before the Supreme Court.

“We do not have an opinion, we do not intend to have an opinion. The application moved by you (Government), the matter will be decided by the Supreme Court. Why should we have an opinion in it”, Mr Singhvi responded to a question.

The Union government moved an application in the apex court to modify its 2003 order, which directed to maintain status-quo in all land including the land acquired by the Central government, and to allot it to the original owners.

“The Supreme Court directive was very clear. The main title dispute of the Ayodhya is sub judice and is yet to decide the final outcome. Till such time, the status-quo has to be preserved and maintained in all land including the land, which is so-called undisputed land acquired by the central government”, Mr Singhvi said.