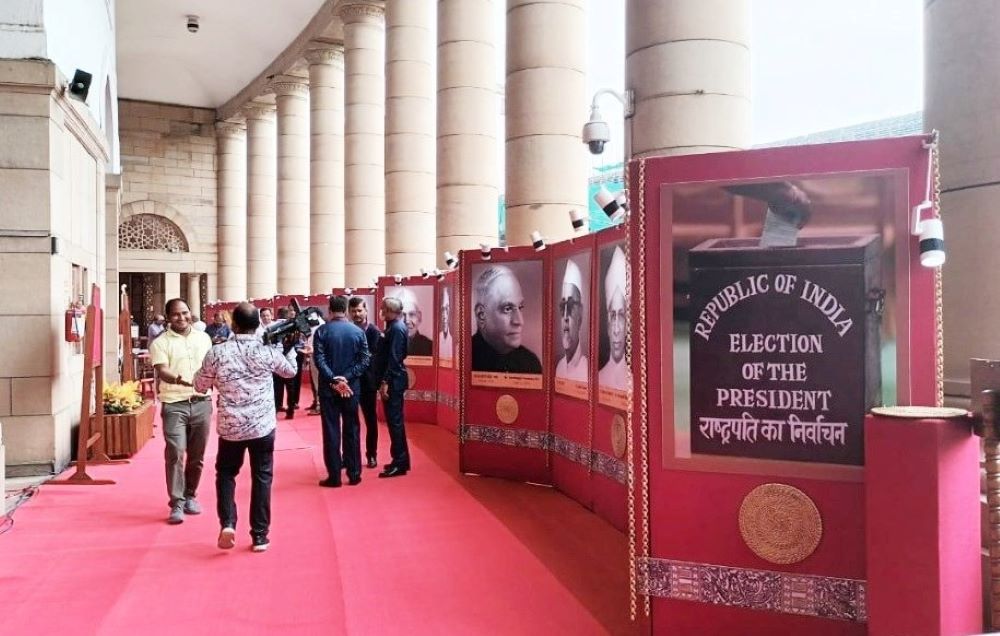 New Delhi: Counting process for the Presidential Election has begun with the segregation of ballot boxes at Parliament House. After that the actual counting of votes will start. First the MP’s votes will be counted after that votes of State Assemblies will be counted in alphabetical order.

Polling for the Presidential Election was held at Parliament House and State Assemblies across the country on 18th of this month.

Over 99 per cent electors’ turnout was recorded in the Presidential Election. Hundred per cent voting by MLAs was reported from 11 States and Union Territory of Puducherry. The States are Chattisgarh, Goa, Gujarat, Himachal Pradesh, Kerala, Karnataka, Madhya Pradesh, Manipur, Mizoram, Sikkim and Tamil Nadu. The term of the incumbent President Ram Nath Kovind will end on 24th of this month.