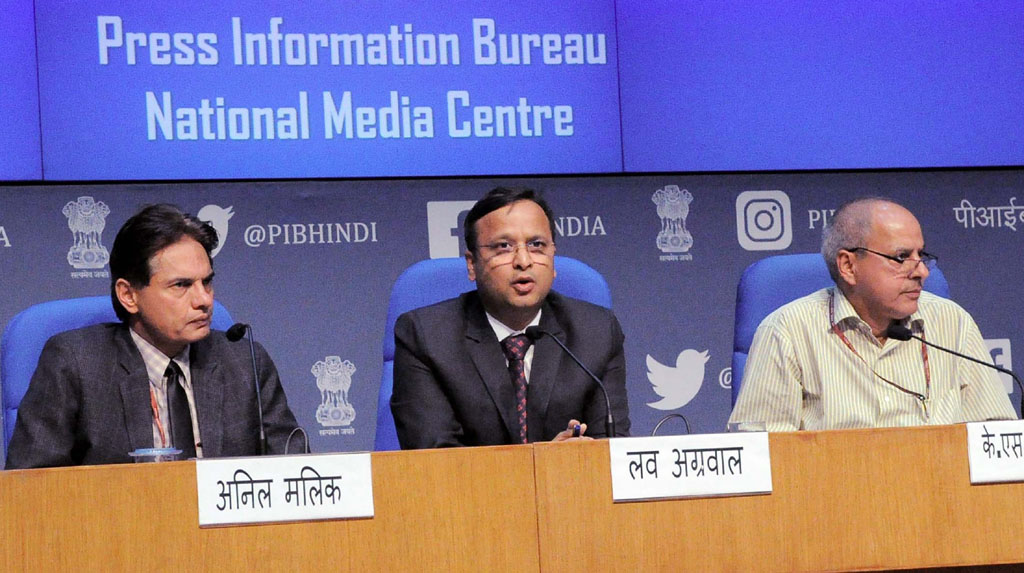 New Delhi: The Union Ministry of Health and Family Welfare said on Tuesday that India has reported 4,421 positive Covid-19 cases so far.

Speaking to the media, Joint Secretary at the Health Ministry, Lav Agarwal, said, “4,421 confirmed corona cases have been reported from across the country. As many as 326 people have recovered and have been discharged. At least 354 new cases and eight deaths have been reported in the last 24 hours. The total number of deaths is 117.”

Putting all speculation about the extension of the ongoing lockdown to rest, Agarwal said that no such decision has been taken so far and the media will be informed as and when any such decision is taken.

“Speculations surfacing on social media are confusing the people. As and when any decision is taken on the lockdown, we will bring it to your notice,” Agarwal said.

The Supreme Court has also asked people not to pay attention to such speculations on social media. However, multiple state governments and experts have requested the Centre to extend the ongoing 21-day lockdown further and the Modi government is considering their suggestions, said government sources.

A group of ministers formed by the government’s met at Defense minister Rajnath Singh’s residence on Tuesday, where the issue of post-shutdown scenario came up but no decision was taken on when to end it, said sources who attended the meeting.