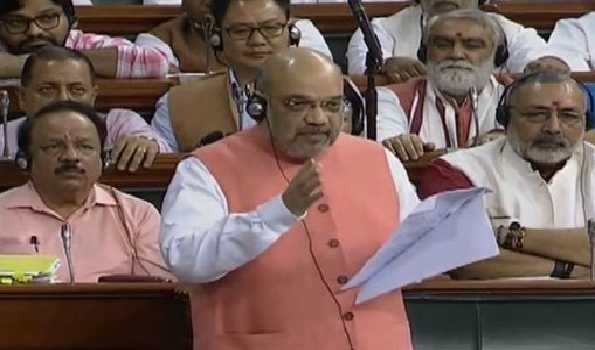 Shah made the announcement in the Lok Sabha while responding to Congress MP Ravneet Singh Bittu, Beant Singh’s grandson, during Question Hour.

Referring to Monday’s debate in both the Houses of Parliament, the Ludhiana MP asked the Home Minister “why did you commute the death sentence of Balwant Singh Rajoana?”. Responding in Hindi, Shah said: “Please, don’t go by media reports. Koi maafi ki nahi gai (sentence has not been commuted).”

The Home Minister’s statement was contrary to the reports published last month which said that the Union Home Ministry had commuted Rajaona’s death sentence.

Rajoana, 52, who is currently lodged in Patiala Central Jail, is the prime accused in the case and he will now serve life imprisonment.

A former Punjab Police constable, Rajoana was sentenced to death on August 1, 2007 by a special Central Bureau of Investigation (CBI) court in Chandigarh and his execution was scheduled for March 31, 2012.

The Home Ministry this September had approved the commutation of Rajoana’s death sentence to a life term as a humanitarian gesture ahead of the 550th birth anniversary of Sikhism founder Guru Nanak Dev, a decision which was criticised by Bittu.

Besides Rajoana, the Home Ministry had granted a special dispensation to eight other Sikh prisoners from various jails in the country on the occassion.

Beant Singh and 16 others were killed in an explosion outside the Civil Secretariat in Chandigarh on August 31, 1995.

Dilawar Singh, a Punjab Police officer, had acted as a suicide bomber to assassinate Beant Singh.

Rajoana was the second bomber in case Dilawar Singh would have failed to kill the Congress leader. Rajoana had cited the 1984 anti-Sikh riots as the reason behind the killing of Beant Singh.