Death toll rises past 104 after clashes renew across Iraq 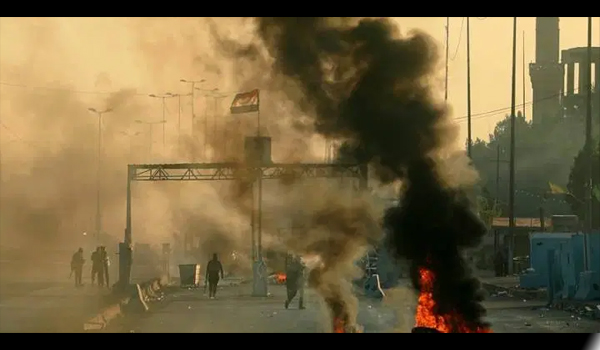 More protesters were killed and injured in fresh clashes with security forces across Iraq on Sunday night, media said.
The Iraqi Interior Ministry put the death toll at 104 but renewed violence is feared to have pushed that number even higher, according to the Iraqi news agency Waid.
New casualties were reported in the center and east of the Iraqi capital, with running battles erupting near Tahrir Square.
At least 36 people were wounded in the city of Nasiriyah southeast of Baghdad. An unknown number of protesters was hurt in Al Diwaniyah in the south. Dozens have been arrested.
The Interior Ministry announced a new Internet blackout and shut the Green Zone, a walled-off compound in the heart of Baghdad, after lifting the daytime curfew.
Sunday marked the sixth straight day of anti-government demonstrations that began this week in protest against poor public services, high unemployment and rampant corruption.