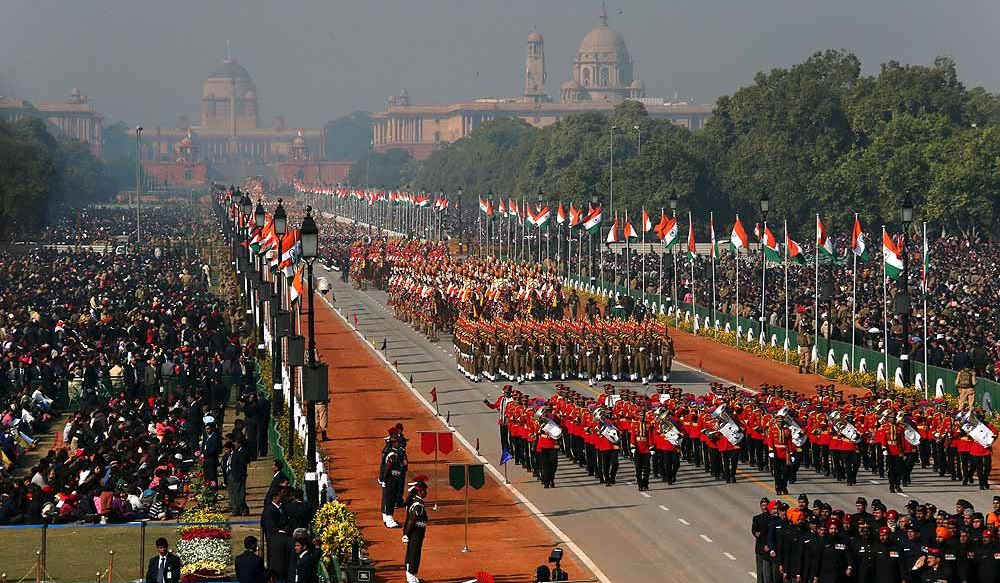 (UNI) Patriotic fervour gripped the country as the nation celebrated the 70th Republic Day on Saturday with the Delhi tableau adding a feather to its patriotic cap, showcasing Father of the Nation Mahatma Gandhi’s sojourn in the national capital.
The historic Rajpath came alive as the Delhi tableau rolled on in the Republic Day parade with the theme commemorating Gandhi’s 150th birth anniversary this year. The Father of the Nation had first spent time in Delhi in 1915 and later stayed at the Gandhi Smriti, also known as Birla House, for the last 144 days of his life.
Last year, the Delhi Government could not meet the deadline to send its tableau, to participate in the parade.
Even as the Delhi Tableau focused on Mahatma’s period of stay in the national capital, the tableaux from other states highlighted rich diverse social and cultural heritage.
On this proud occasion, three schools selected by the Directorate of Education, Government of NCT of Delhi and the Ministry of Defence, presented colourful dances. Nearly 616 boys and girls took part in this programme with sense of honour and pride, as they performed before the august gathering.
The children paid their reverence to the Father of the Nation, whom they fondly call Bapu and imbibed his values on the year of his 150th birth anniversary.