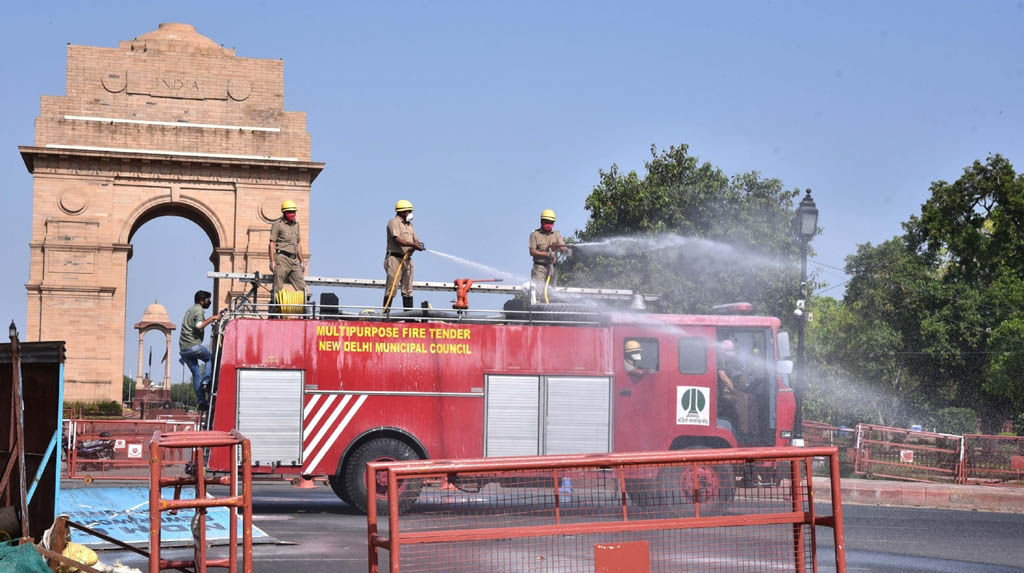 New Delhi: With six new containment zones added in the list, the total tally of the red zones in the national capital on Friday reached 66.

The new containment zones, also known as the red zone, are spread in three districts with one each in South and South-East and three in the West district.

The administration has also sealed Gali numbers 26, 26B, 27 and 27B, Tughlakabad Extension in the South-East district.

In the South district, area around house number 859/20, L-II, Sangam Vihar has been sealed.

In Sangam Vihar, four COVID cases were reported from one house. According to official sources, a 57-year-old man travelled to the Nizamuddin Markaz — which was also one of the coronavirus hotspots in the city — and was tested positive on April 7.

“Later, three more, brought to the institutional quarantine, tested positive…Larger area was contained, not leaving any scope for the virus spread,” an official said.

Among the districts, the highest containment zones are in the South East District with 16 such zones; followed by the West district with 11 red zones.

The containment zones are announced by the district administration after three or more COVID cases were found in an area.

After the administration seals an area naming it ‘containment zone’, the Delhi government starts ‘Operation SHIELD’ in the area.

The Operation SHIELD — Sealing, Home Quarantine, Isolation and Tracking, Essential Supply, Local Sanitisation and Door-To-Door Checking — is used to control the spread of the virus, the Delhi Health Department said.

Delhi government’s ‘Operation SHIELD’ has completely stopped the transmission of coronavirus in Dilshad Garden, Old Seemapuri, and in three locations in the East district with no new cases reported in the last two weeks.

Also, the administration claimed that no new cases were reported in the containment zones in Vasundhara Enclave, Mayur Vihar and Khichripur.

The containment zones — created to map the local transmission of the disease and prevent the contagion from spreading — are announced by the office of the district magistrate. It completely shuts the movement of the common people with the authorities taking care of the essential supplies.

The area and the houses in it are sanitised properly.