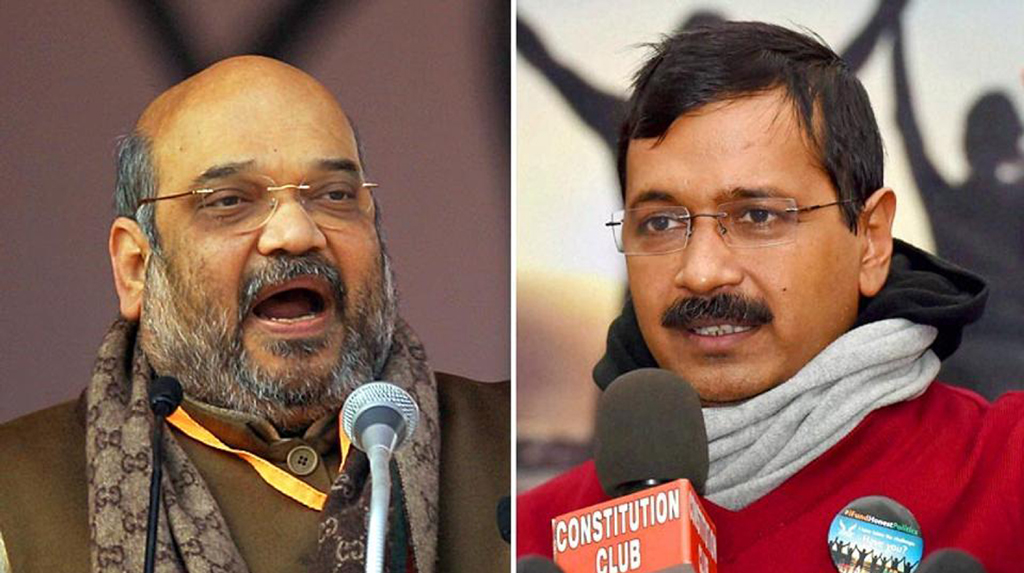 New Delhi: Union Home Minister Amit Shah has convened an urgent meeting on Tuesday afternoon for which he has invited representatives of different political parties including Delhi Chief Minister Arvind Kejriwal to apprise them on the ongoing status of Delhi violence.

The meeting, which has been convened at 12 noon on Tuesday, is believed to be political outreach of sort. Delhi Lieutenant Governor Anil Baijal will also be present in the meeting.

Sources say, all political parties have been requested to send their representatives to the meeting where Amit Shah is expected to tell them what prompted the unprecedented violence in Delhi and how far it has been contained.

Earlier on the intervening night of February 24 and 25, Shah flew back from Ahmedabad to Delhi to take stock of the situation.

On Monday, five people including a Delhi Police head constable were killed as pro-and anti-CAA groups battled each other even as Baijal and Kejriwal appealed to the people to maintain peace and harmony.

Several areas including Jaffrabad, Maujpur, Gokulpuri remained tense. The police used tear gas in a bid chase away the protesters.

Interestingly, the violence unfolded amid US President Donald Trump’s visit to India.