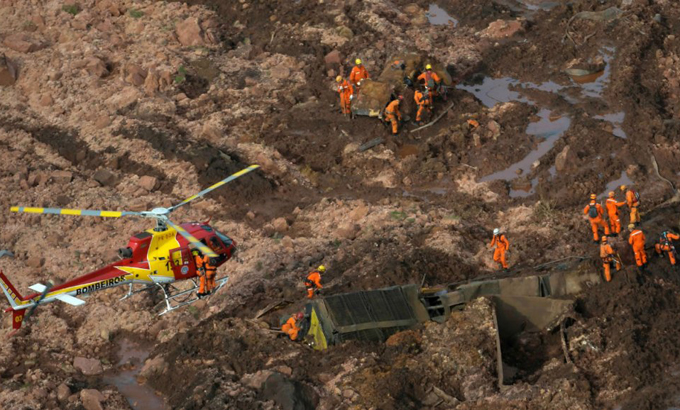 Dozens of volunteers are working in the area of the dam collapse that occurred in the southeast of Brazil, they are trying to provide psychological support to the relatives of those missing and help distribute aid to evacuated residents.
The dam collapsed on January 25, causing mudslides that hit the southeastern Brumadinho municipality. According to the latest data, as many as 58 people have been killed as a result of the incident and another 305 have been reported missing.
“What we can do now is hear [these people] out, be a shoulder [to cry on], and give [them] a hug; people need to get rid of the sufferings they are enduring,” one of the psychologists working on the scene told Sputnik, adding that most of the people still believed that their missing relatives are alive.
While another group of volunteers is helping distribute food and water among the evacuated residents, other volunteers are trying to free the animals, mostly cows, which got stuck in the mud.
Dozens of cities across Brazil started collecting food to help those affected by the collapse of the dam, but local authorities announced on Sunday that they already had enough provision.