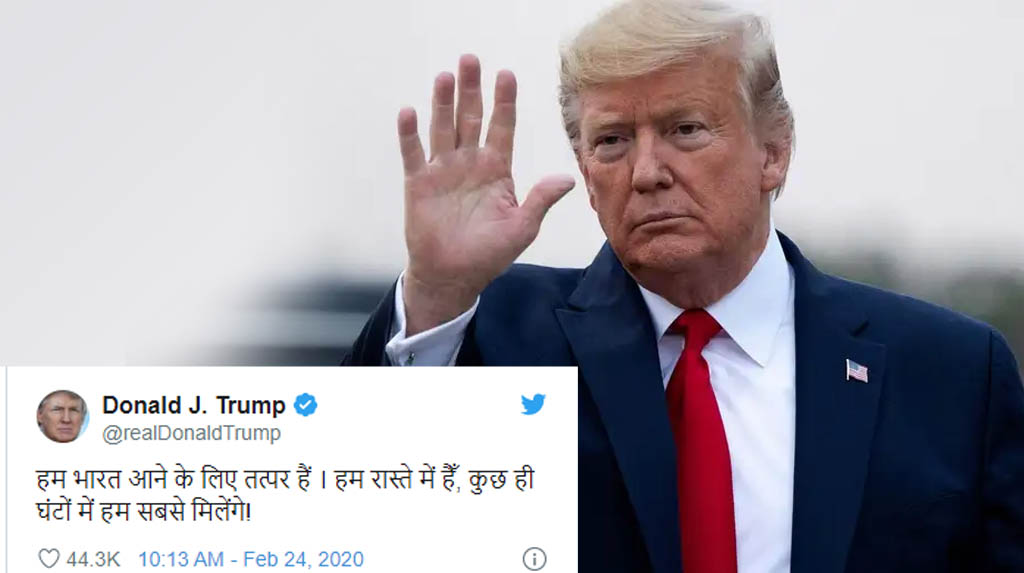 New Delhi: Just ahead of his arrival in India, US President Donald Trump tweeted in Hindi saying he is eager to visit India.

The tweet if translates in Hindi will read like, “We are eager to visit India. We are on the way. In a few hours, we will meet you all.”

Amid massive high security arrangements, Trump is all set to land in Ahmedabad where he will be welcomed by Prime Minister Narendra Modi lakhs of people and will jointly address a gathering at the ‘Namaste Trump’ mega event at Motera cricket stadium.

Trump is scheduled to take a brief halt of about 15 minutes at Sabarmati Ashram during his roadshow from International Airport here to the world’s largest cricket stadium as the place was the epicentre of the country’s freedom struggle during Mahatma Gandhi’s 13 years’ stay there between 1917 and 1930.