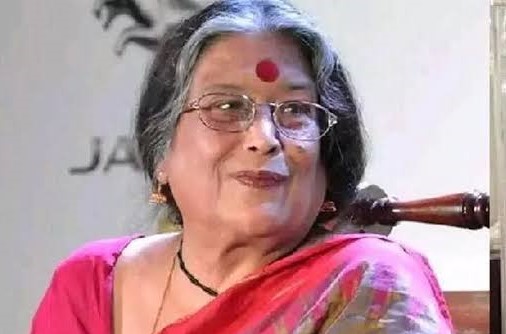 Kolkata, Nov 07 (UNI) Eminent litterateur Nabaneeta Dev Sen breathed her last at her South Kolkata residence on Thursday evening. She was 81 and is survived by two daughters -Antara Dev Sen and Nandana Sen. The noted novelist, who was conferred with Padmasree and Sahitya Academy awards, had been suffering from the age-related problem since long. She was married to Nobel Laureate Amartya Sen and later separated.

Taking to her Twitter handle, Chief Minister Mamata Banerjee said, ” Saddened at the passing away of noted litterateur and academic Nabaneeta Dev Sen. ” ” A recipient of several awards, her absence will be felt by her myriad students and well-wishers. My condolences to her family and admirers, ” Ms Banerjee added.