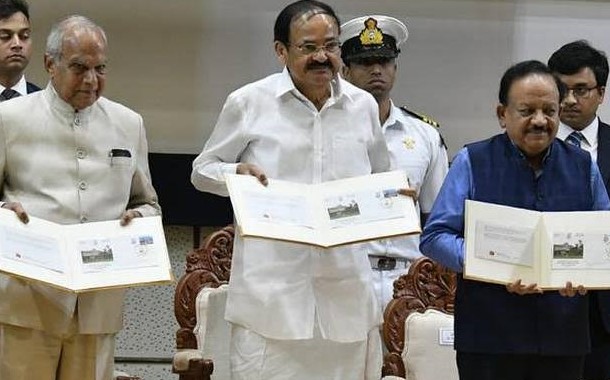 ” Noting that India’s connection to the ocean related activities like naval warfare and trade dates back to ancient times, he said ”the oldest port of Lothal and the first century Chola port of Poompuhar are examples of our connection with marine infrastructure development.” Mr Naidu said a Roman report describes how the trade vessels were escorted by the King’s fleet from the Poompuhar port to the estuary as it was a natural harbor in the mouth of the river Kaveri. Mamallapuram, which recently hosted the meeting between Prime Minister Narendra Modi and Chinese President Xi Jinping was a significant port city during the Pallava period in the seventh century. It was also a thriving port until the end of ninth century with the town being part of China’s ‘Silk Route’ and India’s ‘Spice Route’, Mr Naidu said.