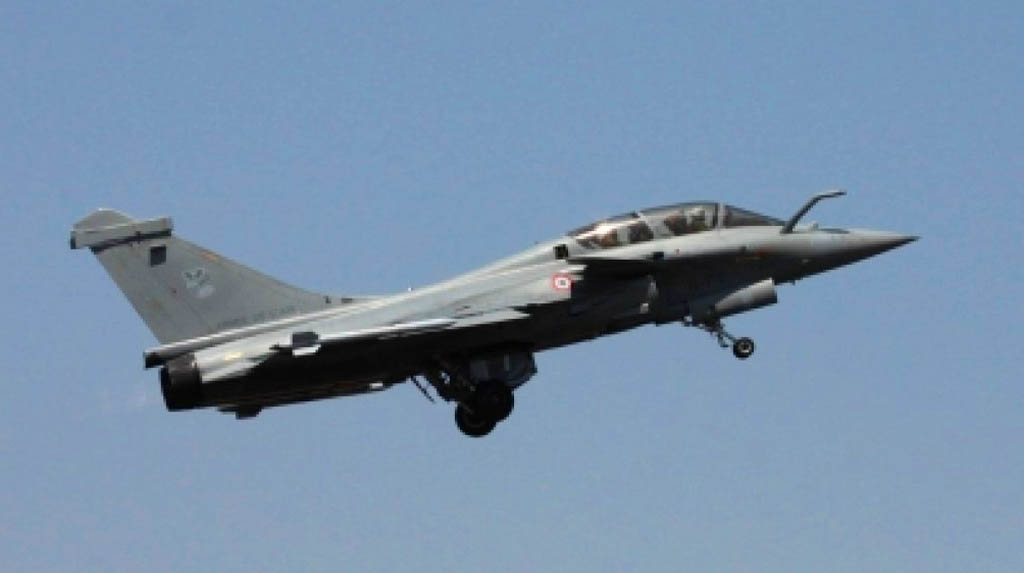 New Delhi/Paris:  While India and China remain locked in a military face-off along the Line of Actual Control (LAC) in Ladakh, France has dispatched the first five Rafale fighter aircraft which are to arrive in New Delhi on Wednesday.

In a statement, the embassy of India in France said that the move has enabled India to take a significant step in strengthening its air power and defence preparedness. This also marks a new milestone in the strong and growing India-France defence cooperation, the French embassy said.

Built by Dassault, the Rafale fighter aircraft flew out from Merignac airbase in Bordeaux, France to India on Monday. India’s Ambassador to France Jawed Ashraf was there to see off the Rafale jets.

He said, “The long awaited and much needed two squadrons of Rafale would add great strength to Indian Air Force and India’s defence capabilities.” Ashraf met the Indian Air Force pilots and congratulated them on becoming the first Indian pilots to fly one of the world’s most advanced and potent fighter aircraft.

Ashraf also thanked the French Air force for its support and Dassault for delivering the aircraft on schedule despite the ongoing pandemic crisis.

Eric Trappier, Chairman, Dassault Aviation and Air Commodore Hilal Ahmad Rather, the Air Attache to France, were also present on the occasion apart from other officials.

The aircraft will cover a distance of nearly 7000 kms from France to India with air-to-air refuelling and a single stop en route in the UAE.

The first Rafale fighter was handed over to the Indian Air Force (IAF) in October 2019 in a ceremony attended by the French Minister for Armed Forces Madame Florence Parly and Indian Defence Minister Rajnath Singh. Delivery of ten aircraft has been completed on schedule. Five will stay back in France for training mission. The delivery of all 36 aircraft will be completed on schedule by the end of 2021.

India and France have a long history of cooperation in fighter aircraft, which includes India’s acquisition of French Toofanis in 1953, then the Mystere, Jaguar and Mirage.

In a gesture of friendship, the government of France will send an aircraft with medical equipment and experts on July 26 to support India’s efforts against the COVID-19 pandemic, the statement said.