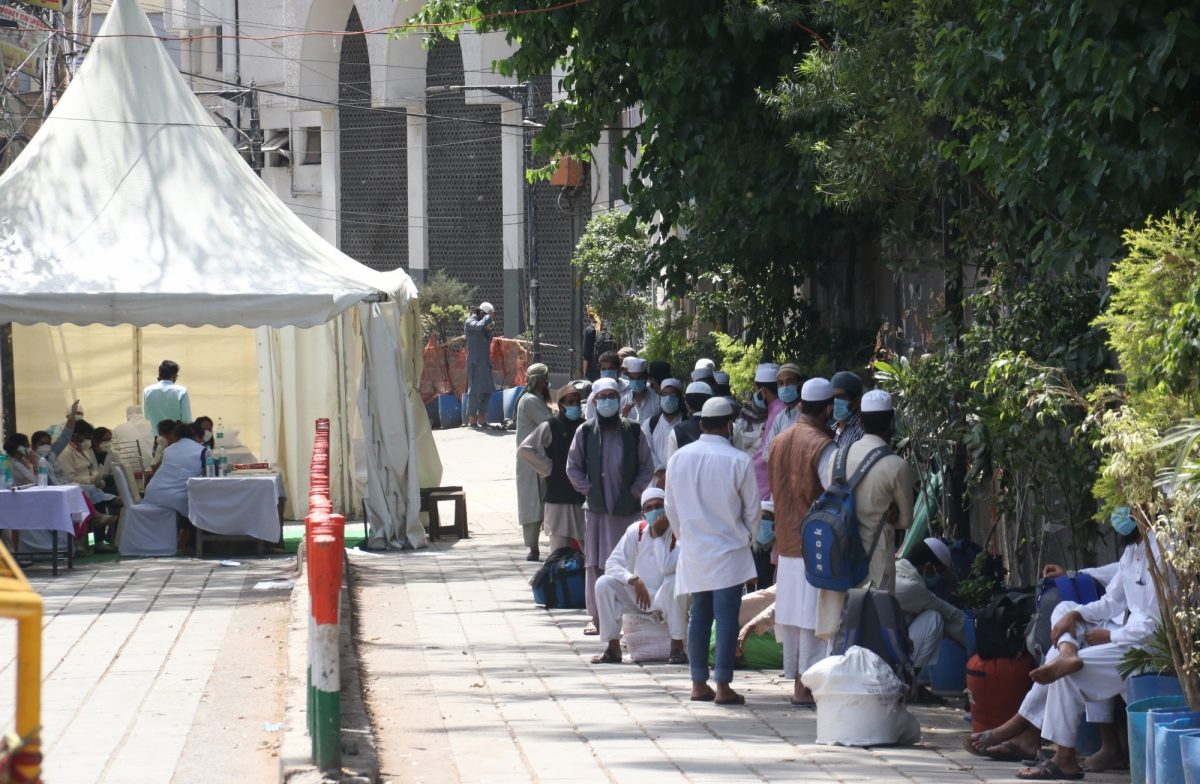 New Delhi: Indonesia, Bangladesh, Kyrgyzstan, Malaysia, Thailand, Myanmar and Sri Lanka are among 41 top countries from where over 960 foreigners visited India and participated in Tablighi Jamaat activities organised at Islamic headquarters in Nizamuddin amid COVID-19 pandemic, according to government data.

They are among those 960 foreigners who were on Thursday blacklisted by India for their involvement in Tablighi Jamaat activities. Their tourist visas were also cancelled by the government for violating the lockdown measures imposed nationwide to break the chain of novel coronavirus pandemic.

Nine foreigners each from the United Kingdom (9); eight from Tanzania; seven from Algeria; six from China; five from Djibouti; four each from the US and Sudan; three each from Cote d’Ivoire, Ethiopia, France, Gambia, Madagaskar, Qatar and Trinidad and Tobago took part in the congregation.

Besides, two each from Tunisia and Ukraine, Congo, Mali; and one each from Australia, Egypt, Fiji, Jordan, Kenya, Russia, Senegal, Sierra Leone, South Africa, Sweden and Togo participated in the Islamic meet.

The Ministry of Home Affairs on Thursday announced to blacklist them and cancel their visa amid its ongoing efforts to identify the contacts of over 9,000 identified Tabligi Jamaat workers who have been to the Tablighi Jamaat headquarters in Delhi’s Nizamuddin area, prompting authorities to intensify efforts to trace them since they may be carrying the virus and potentially infecting others.

Union Home Minister Amit Shah in a Tweet on Thursday had also confirmed that these 960 foreigners were blacklisted and their Indian visas were canceled as the Ministry of Home Affairs found their involvement in Tablighi activities here on tourist visas.

The Home Ministry also directed the Director Generals of Police of all concerned states and Union Territories (UTs) and Delhi Commissioner of Police to take necessary legal action against all such violators, on priority, under relevant sections of the Foreigners Act, 1946 and Disaster Management Act, 2005.

The 960 foreigners are among those 1,306 who came from different countries here on tourist visas and took part in the congregation, organised by the Tablighi Jamaat at the Nizamuddin Markaz last month, which led to a sudden spike in coronavirus cases in different parts of the country.

In a frantic search for hundreds of people who participated in the congregation, the government on Wednesday directed the states and Union Territories (UTs) to complete their contact tracing on a “war footing” to contain the spread of Covid-19.