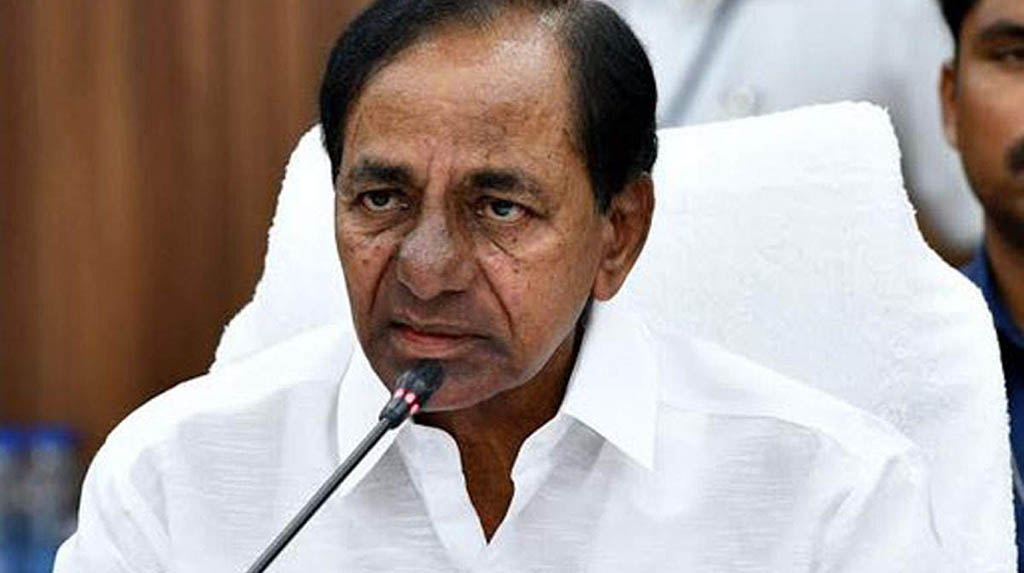 Hyderabad: Slamming the Centre for not coming to the rescue of the states facing financial crisis due to the coronavirus pandemic, Telangana Chief Minister K. Chandrashekhara Rao on Tuesday demanded Modi government to either give powers or the money.

Rao told a news conference late Tuesday night after the state cabinet meeting that the Centre was following wrong policies. “I feel sorry for the attitude of the government of India,” Chief Minister adding that he did not expect this from the Centre and cautioned that the country will have to pay a heavy price for this.

He said there was already an economic slowdown before the outbreak of coronavirus and now the pandemic has dealt a huge blow to the economy.

He pointed out that Telangana’s monthly revenue has come down from Rs 17,000 crore to Rs 1,600 crore.

“I clearly told Prime Minister during the video conference. The Centre has broad fiscal policy. It has the powers. Either transfer powers or give us money. You don’ have money. You can’t give it. In line with the global policy, I showed him an option but there is no response,” KCR said referring to Rs 10.15 lakh crore Quantitative Easing mooted by him to counter the impending recession.

“What I demanded before Prime Minister. Please increase FRBM limit as loans will be borne by the states and the Centre has to bear nothing. We have loans and I asked for deferment but there is no response. I am surprised what burden this will put on the Centre. What is this policy I am not able to understand.”

Chief Minister said he would wait for some time and if nothing happens he will lodge his strong protest.

KCR lashed out at the Centre for making migrant labourers pay train fares to return to their home states. “How can the Centre make the poor and unemployed people pay for their rail tickets. This is deplorable. Does the Centre have no money to pay the railway fares,” he asked.

Chief Minister said Telangana paid Rs 4 crore as advance to railways for the trains to be operated from the state to send back migrant workers.

He criticized the railways for charging Rs 30 as reservation charge for the special trains. “The trains are not operating at all and is this the time you should charge a reservation fee,” he asked.

The Telangana Rashtra Samithi (TRS) president alleged that the Centre is trying to usurp the states’ powers by bringing Electricity Bill. Stating that the Bill goes against the federal spirit, he said there was no question of accepting it.