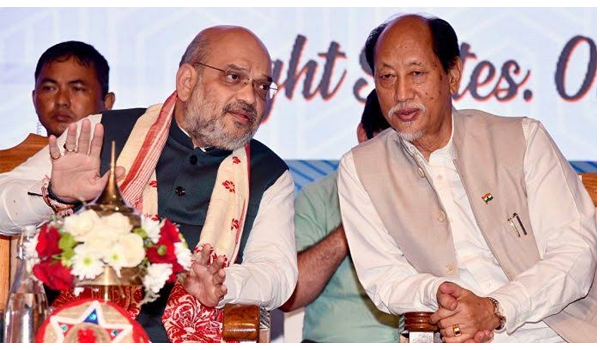 The Centre is likely to set the ball rolling for consultation with states of Assam, Arunachal Pradesh and Manipur over Naga peace talks.
Assam Chief Minister Sarbananda Sonowal is likely to call on Prime Minister Narendra Modi and Home Minister and BJP chief Amit Shah on Wednesday or Thursday. Mr Sonowal is also likely to meet other central leaders. The Chief Minister’s visit to the national capital comes amid a renewed agitation in the northeastern state over the Citizenship (Amendment) Bill issue.

According to sources, Mr Sonowal will discuss with Mr Shah and also the Prime Minister on progress of peace talks with Assam-based outfits such as ULFA and National Democratic Front of Bodoland (NDFB). The meeting on Naga peace talks would be significant as the Union Home ministry has assured Assam, Arunachal Pradesh and Manipur to take them into ‘confidence’ on matters concerning Naga inhabited areas in the respective states.
Besides NSCN (IM), with whom the talks started in 1997, the Modi government has widened participation of multiple Naga groups by roping in the umbrella organisation Naga National Political Groups (NNPGs). The Naga peace negotiations were held under various regimes – with the IK Gujral government in 1997-98, followed by Vajpayee regime during NDA-I between 1999 and 2004, under Manmohan Singh between 2004 and 2014 and the Modi government 2014-19.

The peace talks ended on ‘positive note’ on October 31 and there was jubilation in the Naga camp. Arunachal Pradesh Pema Khandu is also likely to visit the national capital soon. A delegation from Manipur led by Chief Minister N Biren Singh had met Home Minister Shah on October 30 and insisted that nothing should be done to disturb the territorial integrity of the state.