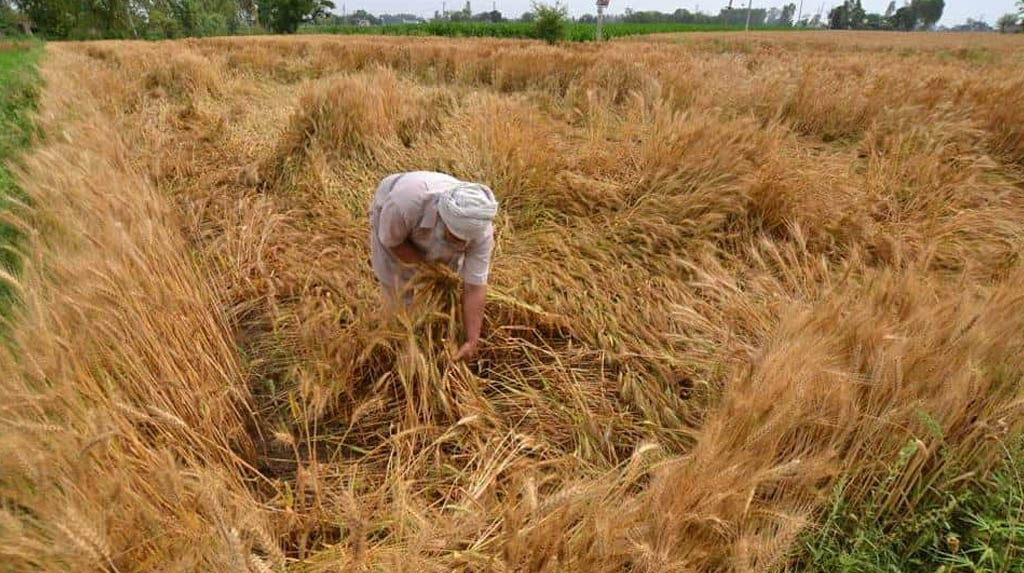 Chandigarh:  High-velocity gusts of wind and hailstorms have flattened wheat crop over in Punjab with Bathinda district being the worst hit, officials said on Saturday.

“The Deputy Commissioner (Bathinda) has instructed the field revenue machinery to estimate damage expeditiously,” he added.

Chandigarh and its surrounding areas were lashed by moderate early Saturday, accompanied by strong winds.

The stormy weather also hit standing crops in many parts of both agrarian states, officials said.

“The wheat crop has been flattened by the rain and strong winds. If the wet spells continue the damage to the standing and harvested crop could be higher, Shamsher Singh, a farmer near Punjab’s Khanna town, 50 km from Chandigarh,” told IANS over phone.

Government agencies and private traders in Punjab procured 1,48,221 metric tonnes of wheat in Punjab on the third day of procurement till Friday.

Haryana’s Karnal-based farmer Ramesh Chaudhary said the wheat crop could be damaged if the rains continued for two to three days.