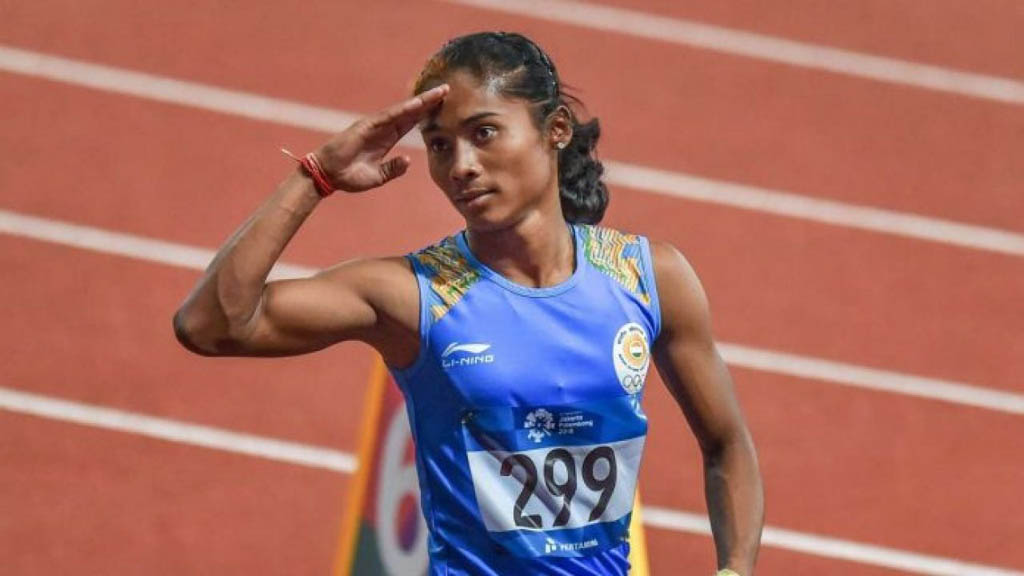 Guwahati; Ace Indian sprinter Hima Das urged everyone in her state to take the COVID-19 pandemic more seriously after Assam reported its first death due to novel coronavirus on Friday even as the state’s total positive cases went up to 29, Health Minister Himanta Biswa Sarma said.

“Dear everyone in Assam, really sad to know that first death due to Covid-19 has been reported in our state. I request everyone to kindly take this pandemic more seriously. Our doctors, police, sanitation and all essential workers are risking their lives for us. Stay home safely,” Hima said in a tweet.

The first corona death of Assam, also the first in northeastern region, was reported from Hailakandi district in its southern part.

“Faijul Haque Barbhyan, 65, from Hailakandi district expired a few minutes ago at the Silchar Medical College and Hospital due to COVID-19. My deep condolences and prayers for the bereaved family,” Sarma said in a tweet.

Barbhyan’s swab sample had tested positive on Tuesday. He had travel history to Saudi Arabia. He returned to his home recently via Delhi.

According to Silchar hospital’s officials, the patient, a former employee of Madrassa Education, had turned critical on Thursday and was admitted in the Intensive Care Unit.

Of the total 34 positive cases in five northeastern states — Assam (29), Manipur (2), Mizoram (1), Arunachal Pradesh (1) and Tripura (1) — 28 took part in a Tablighi Jamaat meet in Delhi last month. A Manipuri woman and a Mizoram man tested positive last month after they returned from the United Kingdom and the Netherlands respectively.