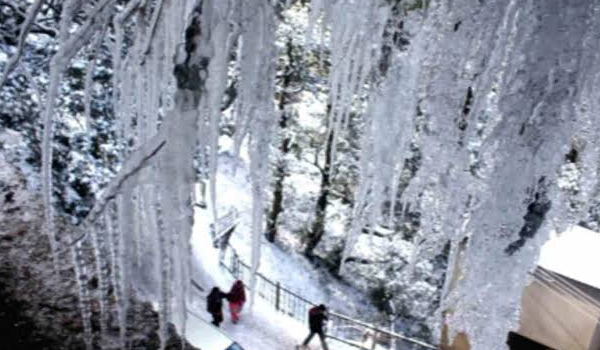 Shimla, Jan 1 : Hill stations of Himachal Pradesh on Wednesday experienced partially sunny conditions on the first day of the year 2020, a weather official said here. However, temperatures were close to the freezing point at several places with chances of snow from January 2.

“Light to moderate snowfall is likely to occur at many places from January 2 as western disturbances will be active with significant fall in day temperatures, Manmohan Singh, Director of the Met office here, told IANS.

The probability of snowfall in Shimla, Kufri, Narkanda, Manali, Kalpa and Dalhousie is high.

He said that western disturbances would decrease significantly on January 4 and there would be fall in minimum temperatures.

If one misses this opportunity to enjoy snowfall in the hills, the Met office says another western disturbance is likely to hit the state from January 6 to 8.

The western disturbance is a storm system originating from the Caspian Sea and moving across the Afghanistan-Pakistan region.

Shimla on Wednesday saw a low of 1.4 degrees Celsius, while it was minus 2.6 degrees C in tourist resort Manali.

The night temperature in Keylong, the headquarters of Lahaul and Spiti, was minus 10 degrees C, in Kalpa in Kinnaur district minus 4.1 degrees and in Dharamsala town 2.2 degrees C.