I am not the girl in video: JNU student Sambhavi Jha 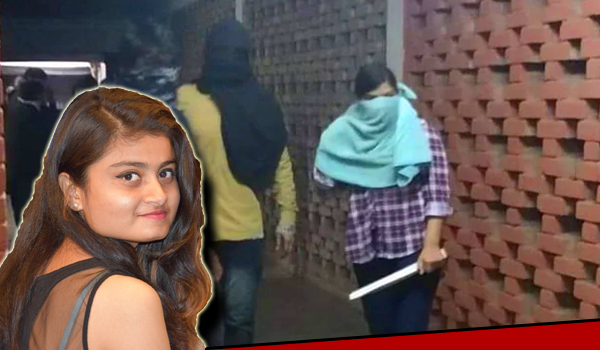 New Delhi, Jan 6:  After the video of a girl dressed in a blue check shirt with a mask on her face went viral, Sambhavi Jha, an ABVP activist, said that she is not the girl seen in the video and alleged that Left wing students attacked her in Periyar hostel at Jawaharlal Nehru University on Sunday.

Jha told IANS, “I am not the girl who is seen in the video hitting the students with rods.”

She said that she is wearing the same kind of blue check shirt but there are a number of differences between the girl in the video and her.

“In the video, which is now being circulated on social media, the girl seen in the mask is not me as I have a kalawa (red ritual band) on my hand, while the girl in the video is not wearing that,” she said.

When asked about the attacks, she said, “I was in admin block when the Left wing students started attacking us. Then we rushed towards the Periyar hostel, there also we were attacked by about 25-30 Left wing students, in which I received injuries and was taken to AIIMS trauma centre.”

“And the video in question which people are saying it was me, at that time I was in hospital,” she said showing the discharge summary of the AIIMS trauma centre.

About 25-30 students were injured in the violence at JNU campus on Sunday evening.

Violence swept JNU as several masked individuals, both male and female, thrashed students, including girls, and teachers inside the varsity campus with wooden and metal rods.

Two officer-bearers of the Jawaharal Nehru University Students Union (JNUSU), including President Aishe Ghosh – who was reportedly hit over the eye with an iron rod, received serious injuries. They blamed the RSS’ student wing ABVP for the violence in the campus.

Hostel rooms and lobbies were vandalised during the assault while several vehicles parked on the roads were damaged by the unidentified miscreants.

The situation turned violent after masked goons attacked a peace march by teachers and students against the violence on the campus.

Earlier, the ABVP had accused Left inclined students of vandalising the Periyar hostel and injuring students present inside the hostel.

Following the violence at the varsity campus Delhi Police registered an FIR on the basis of the PCR calls it received from the students on Sunday evening for rioting and arson.