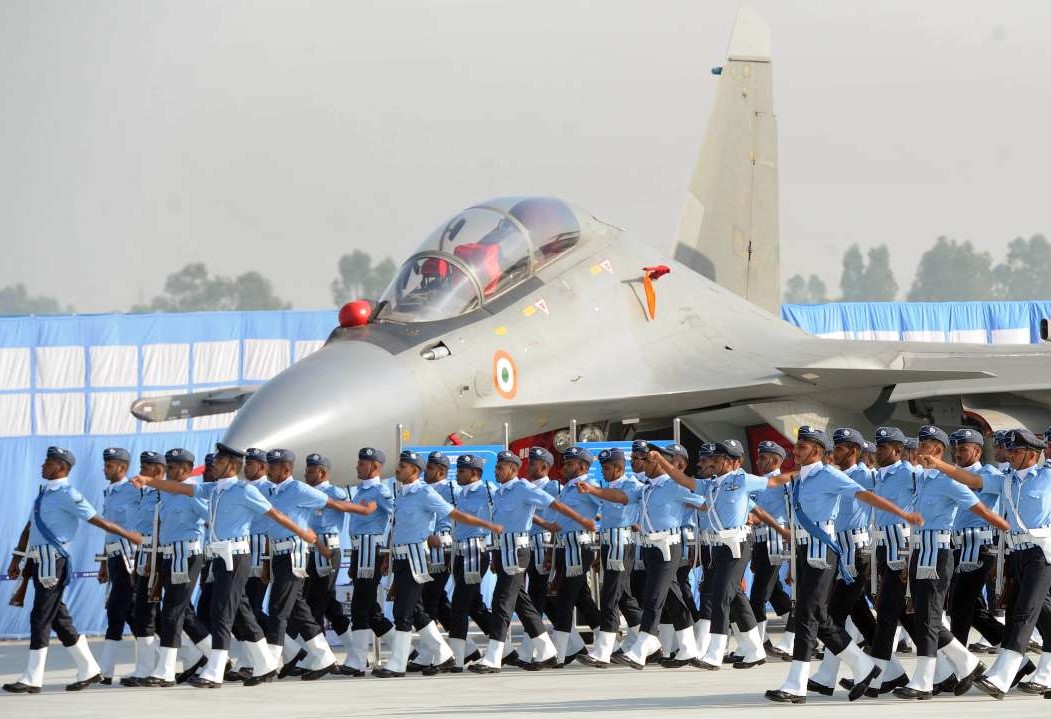 ”On Air Force Day, we proudly honour our air warriors, veterans, and families of the Indian Air Force. They safeguard our skies with courage and commitment. India remains forever indebted to the brave men and women in blue for their selfless devotion and sacrifice,” President Kovind said in a tweet.

Taking to twitter to post a tribute video for the IAF, the Prime Minister said, ”Today, on Air Force Day, a proud nation expresses gratitude to our air warriors and their families. The Indian Air Force continues to serve India with utmost dedication and excellence.”

In his message, the Defence Minister, who is in France to acquire the first of the 36 Rafale aircraft for the nation, greeted IAF personal and families and said, “The IAF is the shining example of exemplary courage, fortitude, determination and impeccable service to our nation. These men and women in Blue have the ability to touch the sky with grit and glory”.

On the occasion of the Air Force day, the heads of the three services of Indian Armed Forces, Army Chief Bipin Rawat, IAF Chief, RKS Bhadauria and Chief of the Naval Staff, Admiral Karambir Singh also paid their tribute at National War Memorial in the national capital.

Referring to the recent Balakot strike by the IAF, Finance Minister Nirmala Sitharaman tweeted, ”Sincere and heart-felt greetings to the IAF on their 87th anniversary. Your recent successful operation in Balakot overwhelmed all Indians. Professionalism, great leadership, and excellence are your hallmark. Wishing you every success in the future too.”

The IAF was formally established on October 8, 1932 and on its 87th anniversary, the IAF greeted all air warriors and their families, and said, “On the occasion of 87th Anniversary, Indian Air Force extends its heartfelt greetings to the courageous air-warriors & their families. The Courage, Valour, Commitment, Dedication and Zeal are inspiration for all”

West Bengal Chief Minister Mamata Banerjee tweeted, ”On Air Force Day, my heartiest greetings to all IAF personnel and their families. We salute you for serving and protecting the nation. Jai Hind.”