IISF 2019, an opportunity to bridge gap & bring science near to people: Harsh Vardhan 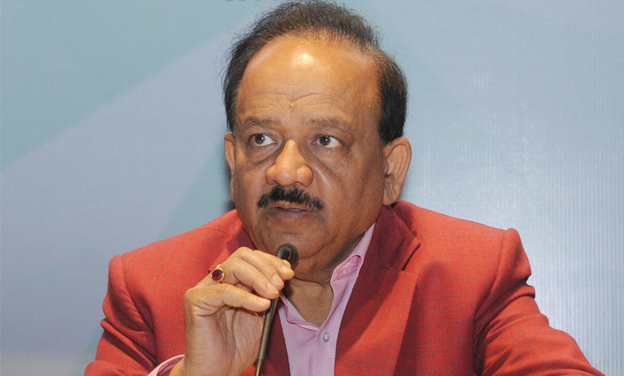 Kolkata, Nov 5 (UNI) Union Minister for Science and Technology, Earth Sciences Harsh Vardhan on Tuesday said India International Science Festival (IISF) is an opportunity to bridge the gap and bring science and technology near to the public for wider awareness.

Inaugurating the science exposition, a part of the IISF, at Science City, Dr Vardhan said Kolkata is pride of the entire nation. Kolkata is known for its tradition, culture and historical importance and its association with a wide array of scientific luminaries such as Dr CV Raman, Acharya Jagadish Chandra Bose, Dr Meghnad Saha and Dr Satyendra Nath Bose.

Congratulating the senior scientists and Directors of the Science Labs for organising this scientific extravaganza, he said in the past too, scientists had set laurels and made achievements for entire country by their work and it is the responsibility of the scientific fraternity to make the present generation aware of the scope and importance of science and technology to common people.

He emphasised that bringing science and technology to the doorsteps of the common people, particularly the children, is an essential responsibility for the betterment of their day-to-day activities.

“Building the scientific temper and motivating the children towards science and technology in this country will help build a nation of opportunities and wide knowledge-base for progress of nation”, the S&T Minister said.

Dr Vardhan further said that India is a land of opportunities where the participation of scientists in higher education and research and development has a pivotal role in fostering empowerment and development of people.

Emphasing on bringing children in the ambit of scientific development,he said that this will add a new dimension to growth and development of the country and this festival is an initiative in line with the vision of Prime Minister Narendra Modi for developing India among top three nations of the world in the sphere of science and technology by 2030.

Referring to the participation of international participants and delegates in this programme, the Minister said that this has further infused a huge enthusiasm among the people visiting the venue.

Officials of Department of Science and Technology and Ministry of Information and Broadcasting were present on the occasion, among others.